Bald With Beard – How to Look Your Best 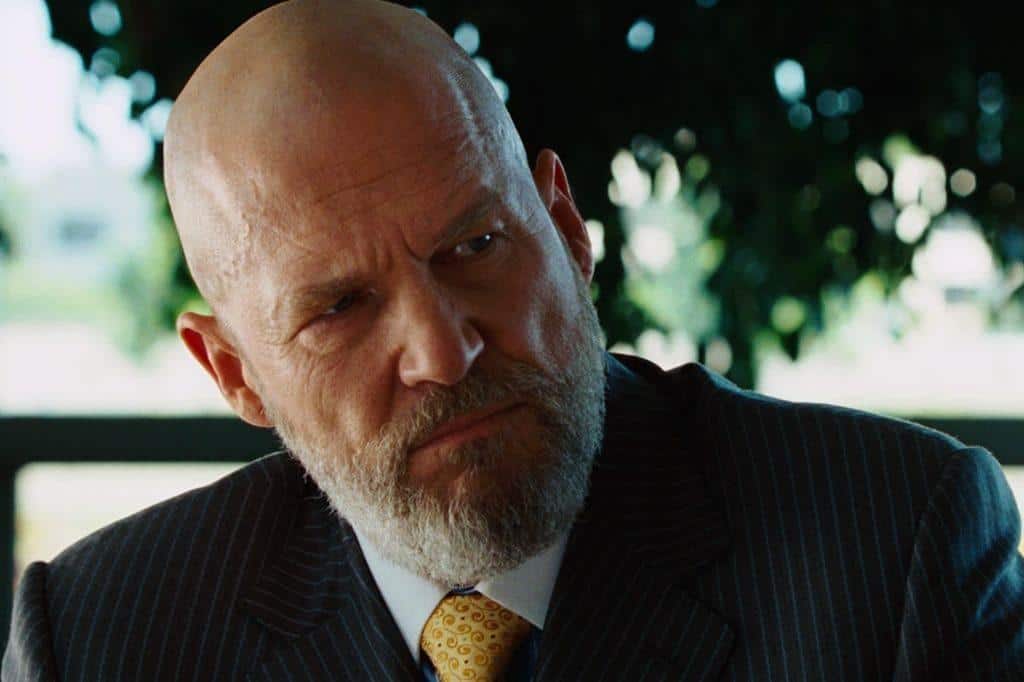 For whatever reason, the man who is both bald and bearded always seems to give off a hint of brutality. It’s not clear why, but just look at any of these bald and bearded men and you’ll see a common thread.

Whether it’s Jeff Bridges in Iron Man, John Travolta in From Paris with Love, Bryan Cranston in Breaking Bad or Edward Norton in American History X, there is something about being bald and bearded that just exudes power and masculinity.

If you’re going bald but still holding onto hope and the last few strands of hair clinging to an otherwise smooth terrain, it’s probably time to start considering whether you should shave your head.

Instead of trying to camouflage your dome under the couple remaining hairs, take that balding by the horns and shave it clean.

It will instantly make you look more clean-cut and for a lot of older men, shaving makes them look younger without the grey.

To do so, use a high-end professional hair clipper that adjusts to the contours of your head for fast and consistent shaving, like Remington Self-Haircut Clipper.

Thinking of Bald Head With Beard

He’s been bald for decades but because of his relatively unlined face, he’s had women of several generations fawning over his bald good looks. 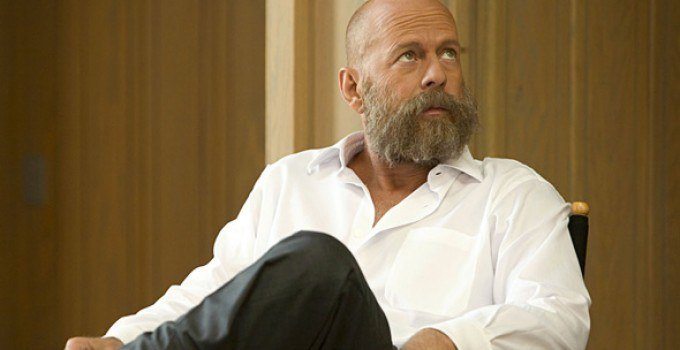 Going bald and bearded though is an even more bold look that the Die Hard actor has flexed a few times, and it’s an especially powerful look for men who are starting to bald.

The bald head on its own already looks tough with the ridges of a skull showing under the skin, and add to that a thick beard, and suddenly it’s not an aging man you see but an older man with years of strength and virility.

The Many Faces of Bald and Bearded Men

Despite the limitations of the bald head, there have been some creative approaches to the bald-and-bearded combo in recent years. One recent popular trend is the bald head with beard fade.

In addition to the fade, there are three classic bald-with-beard styles: bald with a goatee, bald with stubble, and bald with a full beard.

Extra Sharp: Bald with a Goatee

A goatee already adds some sharpness to the wearer’s face with its clean lines and pointed tips.

The bald and goatee look has been sported by John Travolta, Bryan Cranston, and other celebrity men when they need to portray hard men in a hard world.

There are multiple types of goatees, so it helps to look through a guide to find the best one for your face type.

For bald heads and short beards especially, it helps to get the right short beard style for your face shape.

Men with weaker chins, for instance, will want a thicker beard to give the impression of a more robust jawline. 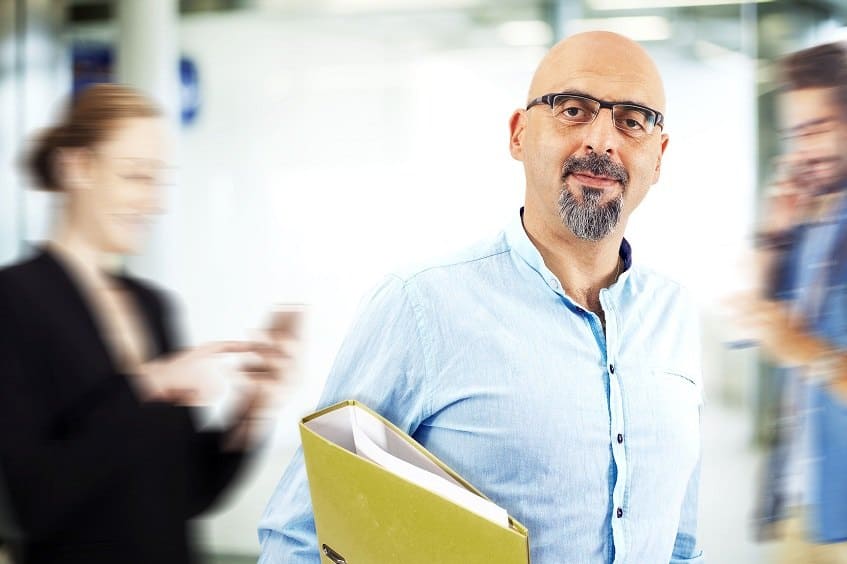 A pointed goatee can also help extend the jawline. In addition, the soul patch in a goatee accentuates the jawline and chin.

The bald look with stubble is still just as powerful and intense as the other bald and bearded looks.

The beard and stubble power duo is the kind of style that Jason Statham rocks in basically every action film he’s ever starred in.

In addition, stubble is seductive to a lot of women and coupled with a bald head, you could be the hero of your own action movie.

To keep the fine balance between a bald head and a consistent stubble, it helps to have a decent stubble trimmer.

Perfect for getting this job done: Conair i-Stubble Flexhead Trimmer

The most intense look is going to be bald and fully bearded.

The contrast between the long beard and bald head allows them to complement each other so that the fullness of the beard makes the fine ridges of the skull stick out.

Jeff Bridges in Iron Man conveyed his powerhouse aura by adopting this look for the film. 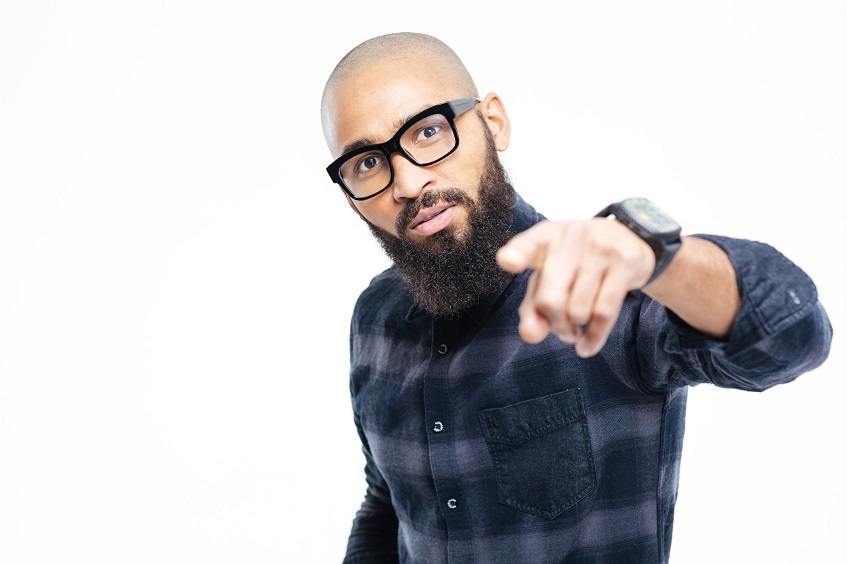 A full beard gives you plenty of options to try variations of long beard styles.

Since the bald head looks so clean cut, it’s a good idea to maintain that neat look by regularly trimming and maintaining the long beard.

Beard oil is great to have for long beards because it helps keep the beard from becoming unruly. Make sure to use a facial hair oil made with entirely natural ingredients only if you wish to experience all the benefits.

The same goes for a beard comb. Combing your beard helps keep it untangled and as sharp looking as the bald dome.

If you have a big beard and just seem that you can never get rid of the tangles, no matter how much you comb it, a beard brush made specifically for huge beards might be your cup of tea.

Going bald doesn’t have to be something to resign one’s self to.

Some men choose the look even if they aren’t bolding because they understand that the look exudes strength and power. So, grow a beard, shave the head and take control by going bald and bearded.

Make sure to keep your beard clean and conditioned at any time if you want to keep it healthy though.

Use a premium leave-in conditioner in combination with a beard soap and your beard game will be strong for many years to come. 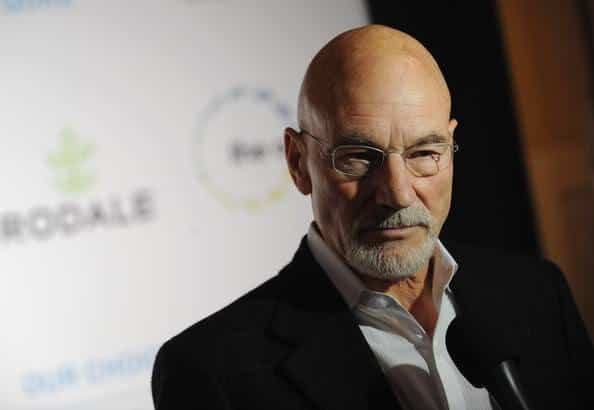 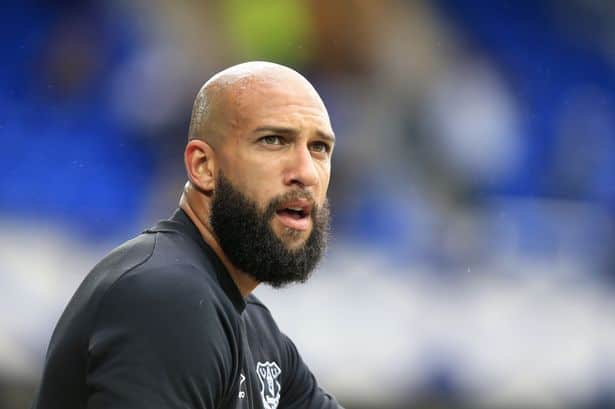