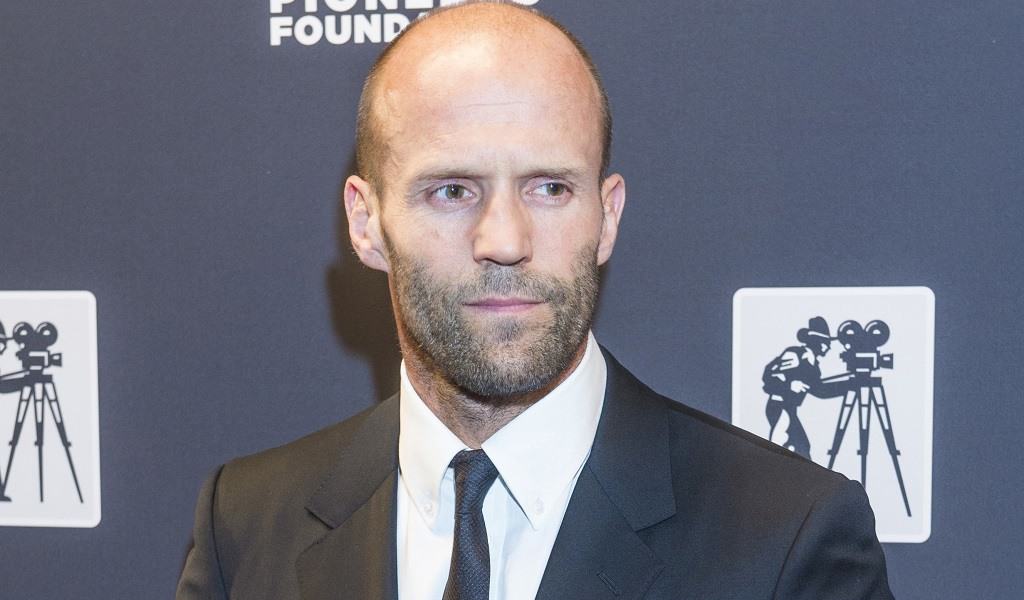 Jason Statham is a widely renowned figure in the corridors of Hollywood.

His exceptional acting skills coupled with his good looks made him a star in some of the best blockbuster movies Hollywood has ever produced.

He is also one of the very few actors who possess serious martial art skills in Karate, Wing Chun, Kickboxing and the Brazilian Jiu-jitsu.

It doesn’t come as a surprise that Statham insists on performing his own stunts in the movies he acts.

The most amazing part is that all these stunts are usually not choreographed, further highlighting his athleticism and flexible skills.

Besides wowing movie fans with his admirable acting skills, Jason Statham is famous for his bald head and 5 o’clock stubble beard.

Despite suffering from hair loss from a very young age, he did not allow his balding problems bring him down. Instead, he has gone on to inspire many balding folks to mimic his style.

Jason Statham was born in 1967, in Derbyshire, England. His father was a street seller while his mother was a dancer.

His elder brother Lee Statham was a singer and a part-time actor. Just like his career, Statham’s childhood was characterized by lots of action.

He attended a local grammar school where his close friend Vinnie Jones introduced him to football and diving.

After graduating from school, Statham moved to Norfolk where he started practicing martial arts while working as a black market salesman.

Asked in an interview how he was inspired to pursue martial arts, Statham responded, “The individuals who inspired me growing up, Jackie Chan, Bruce Lee, that’s a real deal.” 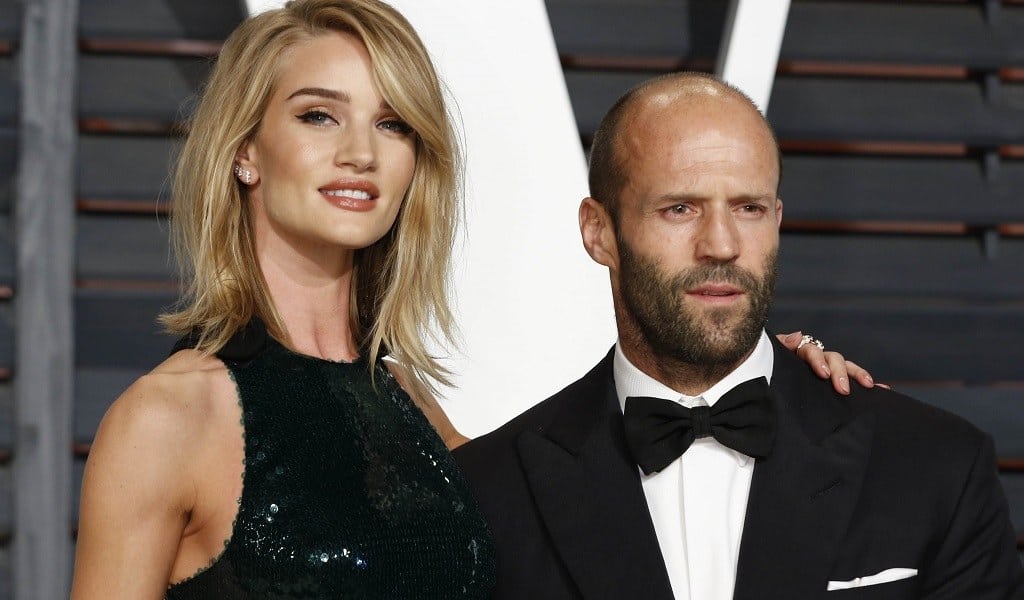 He was also thinking about a career in diving when participating in the Commonwealth Games in Henderson, New Zealand representing England in the several diving categories.

Although he did not win a medal, Statham sighted his experience at the games as exceptional.

He was quoted later in an interview stating, “In spite of the hard work, the disappointment of not winning a medal made me more disciplined, it taught me to focus on hard work and determined for the success of my future endeavors.”

After several false starts, his starring role in the movie Lock, Stock, and Two Smoking Barrels propelled him to fame.

He followed up this performance by playing a supporting role in Guy Ritchie’s 2000 movie Snatch that featured elite actors such as Brad Pitt, Benicio Del Toro, and Dennis Farina.

Statham has starred in several movies including Death Race, Mean Machine, The Italian Job, Redemption and The Expendables, among many other blockbusters.

Nevertheless, the movie that launched him to Hollywood greatness was the Transporter sequel.

Despite his exceptional performances, Jason Statham has never won an Oscar.

He once shared his frustrations in an interview by saying, “You ain’t gonna win an Academy Award for doing Crank and you certainly won’t for starring in all the other movies I’ve done.”

Jason Statham has seemingly taken a break from the silver screens, with The Fate of The Furious being his last movie appearance.

He has opted to spend more time with his fiancée Rosie Huntington-Whitely and their newly born son Jack Oscar Statham.

Speaking about becoming a father for the first time, Statham said, “Being that it’s such a milestone I can’t help but look back, reflect and smile on all that life has brought me…”

Jason Statham is one of the few celebrities who went bald before hitting 30. Despite his hair loss problems, he has learned to embrace his baldness and adopt the stubble beard look.

The 5 o’clock stubble beard has become synonymous for his identity, and Statham has gone on to produce hit after hit with his new look.

Seemingly, his shaven head coupled with his stubble beard has suited most of his blockbuster roles.

If the current trends are anything to go by, the 5 o’clock stubble look is apparently one of the sexiest short beard styles for men.

Top celebrities and iconic figures worldwide not only don this style but also continue to champion the stubble look.

If you have a full beard, but would like to try something different, consider the 5 o’clock shadow.

This style provides the much-needed jagged edge by highlighting your jawlines and enhancing your facial features.

The 5 o’clock stubble beard ranks highly among the best beard styles, as it is simple and easy to maintain.

You are only required to grow your beard to about 3-4 mm. However, the growth rate will largely depend on your genetics.

Nevertheless, you can use coconut oil for your beard or any other natural beard oil to moisturize the hair follicles and stimulate faster facial hair growth. 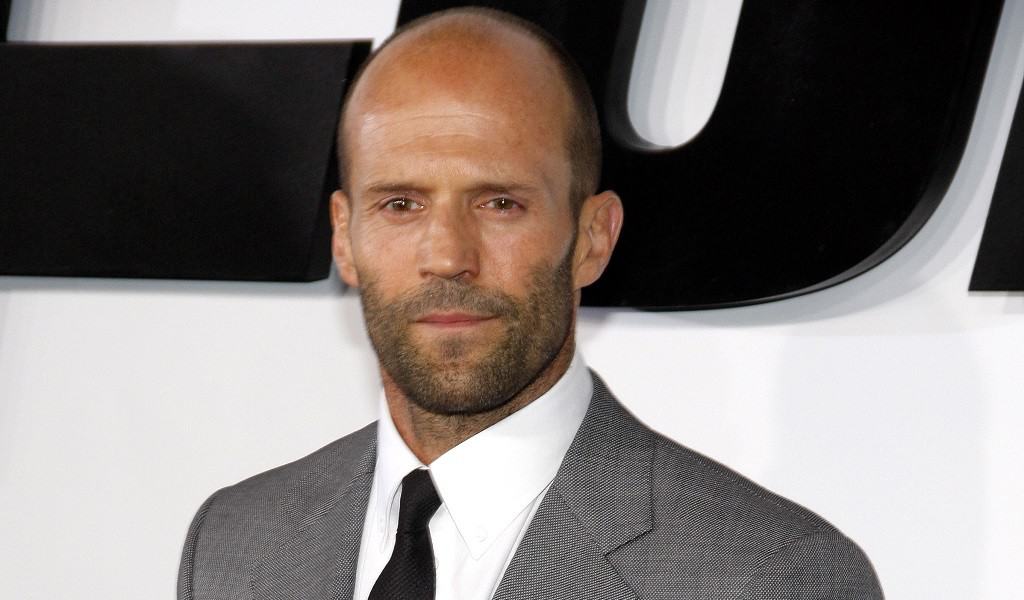 You should also massage the skin around your beard to enhance circulation of blood and oxygen to your face for faster beard growth.

Trimming and shaping your stubble is the most delicate part, as it involves shaving off the patchy areas.

If you are naturally bestowed with an abundance of hair follicles, you should expect your facial hair to grow in the most unusual places, including Adam’s apple and way below the neckline.

Apply shaving gel or oil on your chin, neck, sideburns and under the ears, then use an adjustable stubble trimmer to shave your facial hair to 0.5 mm for a shorter shadow or 2 mm for longer stubble.

Once you have achieved your desired length, use a straight razor to remove unwanted patches. Shave around the neckline to achieve a nice edge for a more enhanced stubble look.

A DIY beard shampoo will come in handy as far as conditioning your beard is concerned. Be sure to use a beard balm before and after trimming and shaping your beard for a more refreshing stubble look.

You may have to shave at least two to three times a week to maintain your stubble and prevent a scruffy beard.