Paul McCartney Beard Styles: How to Get His Rebel Beard 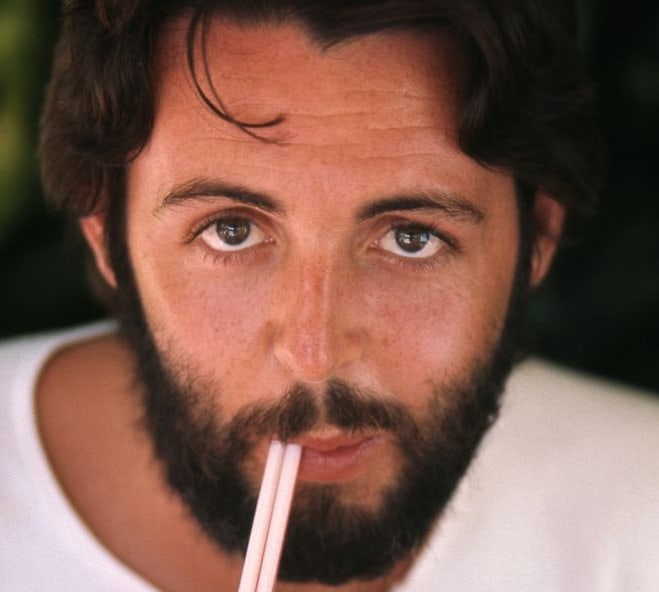 It isn’t easy to estimate whether The Beatles would have become the most famous music band if it were not for bassist Paul McCartney.

And while his name will forever remain attached to this band – which only existed for a decade (1960-1970) – McCartney’s solo career is far longer than the time he spent on stage with John Lennon, George Harrison, and Ringo Starr.

The Beatles last played in front of a regular audience (with paid tickets) in 1966, recording together for the last time in 1969.

Although McCartney achieved incredible achievements with his solo career after that – 12 Grammy nominations, six first places on the charts, platinum singles with Michael Jackson and Stevie Wonder, a trip to the classics, a performance at Buckingham Palace, records with Kanye and Rihanna  – has always been and will remain, above all, one of the Beatles, defined by the golden, glorious years of Liverpool.

As a Beatles, he has been a synonym for style and elegance, pushing the boundaries and always giving something new for men worldwide to look up to. His beard has played a big part in this. Bearing that in mind, here is more about Sir Paul, his beard, and how to grow one.

Early Life and Rise to Fame

The performer and composer Paul McCartney was born in Liverpool on June 18, 1942.

Since childhood, his father instilled in him a taste for music. Paul McCartney initially played the trumpet but later switched to acoustic guitar.

At first, McCartney found it difficult to play with his left hand (because he is left-handed), but motivated by seeing that the musician Slim Whitman was also left-handed, he persisted in his attempt. Once he had already mastered the technique of the guitar, he wrote his first song, “I Lost My Little Girl.”

He met George Harrison when he was eleven at the Liverpool Institute. Four years later, he met Lennon. Together with Lennon, they begin to compose songs and form a group. Shortly after, he convinces Lennon to integrate Harrison into the band, and he enters as lead guitar.

At the same time, a bassist friend of John’s called Stuart Sutcliffe joined, and thus they formed the band Quarrymen, which would later be called The Silver Beetles. It is not until May 1960 that they adopt the famous name of The Beatles. 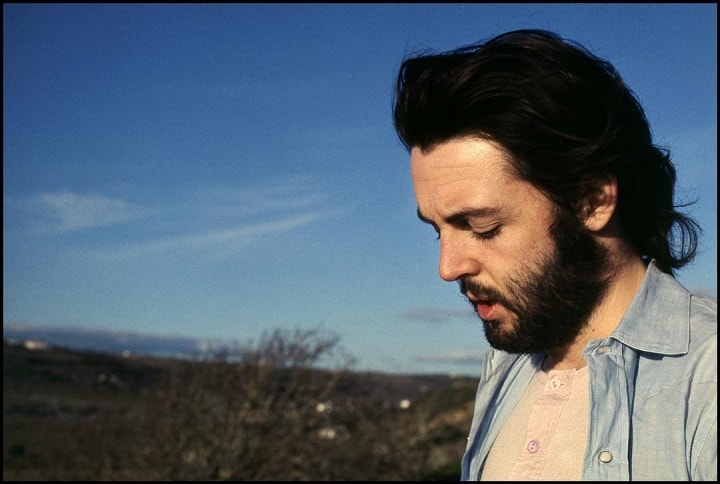 Soon they team up with producer Allan Williams, who takes them to play at the “Indra” bar in Hamburg, Germany. They play in the “Top Ten Club” and the “Cavern” Club a short time later.

Until then, they only played versions of well-known songs by other artists. For this reason, Paul McCartney proposes to Lennon to present his original songs. This is how they record the song “My Bonnie” with Tony Sheridan.

By then, Sutcliffe had left the group and The Beatles formed a new lineup: Lennon, Harrison, Starr, and McCartney.

Paul wrote “Yesterday” when he was only 22 years old. That time and those indestructible songs form the core of McCartney’s opus, although he continues to write new melodies and words, look for new collaborators and live life to the fullest. But he still plays bass, guitar, and piano (sometimes drums) and sings “Let It Be” like no one on the planet.

While in the Beatles, he distinguished himself as a great composer and first-class bassist. When the Beatles broke up, McCartney retired to a house in Scotland and recorded his first solo album, “McCartney,” in 1970, which reached number one among American and second place among British top losers.

With his late husband Linda, in 1971, he formed the band The Wings. He experienced one of the greatest successes two years later when “Live and Let Die” became the title track of the James Bond film with Roger Moore. The song even earned him an Oscar nomination. The band had many more hits and performed until 1981.

Paul McCartney was in Liverpool with his parents when a good friend visited him for the weekend. They rented two mopeds and set out on a moonlit night ride to the nearby town of Viral.

During the ride, he fell and hit the asphalt head-on. The doctor sewed up his lip, but a large scar remained. To cover it up, Paul decided to grow a mustache.

When he did so, the rest of the band thought it was a brilliant idea. Not too long afterward, all of the four Beatles had mustaches on the cover of the legendary Sgt. Pepper album, which became a worldwide hit.

Naturally, as the Beatles were fashion icons, mustaches were being grown on men’s faces all around the world during the 70s.  And the Beatles changed a few mustache styles as well.

During the Beatles era, Paul had grown a beard twice – in 1966 and 1968, but the beard hadn’t stayed for long (the latter one remained for almost a year, though).

It was a simple full-grown beard without trimming or maintenance (except maybe for the cheek lining). But it was never as long as John Lennon’s full beard. 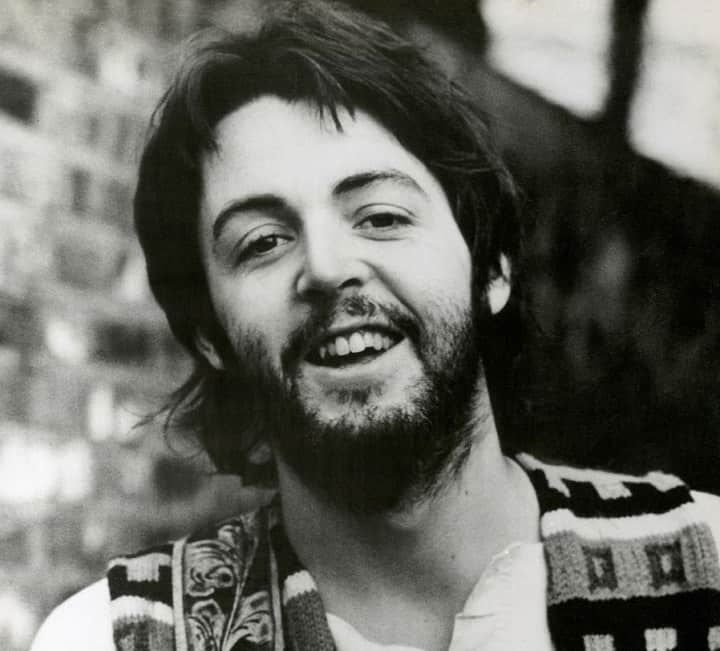 But in 1970, after spending two months on a family holiday on a farm in Campbeltown, Scotland, Paul McCartney grew maybe his best beard. This was just before the Beatles fell apart, and Paul was secluded in Scotland with his family while trying to get away from all the publicity and attention.

A rather unexpected visit happened – a Life Magazine photographer had found them and took a photo of the family. Paul had grown a beard again and as soon as the world saw him with a beard, the mania for facial hair was out again.

Soon after, he returned to London and recorded his first album without the Beatles. They hadn’t even officially broken up yet, but as John Lennon had already announced that he would be leaving the band, Paul wanted to get ahead and release the songs written at the Scottish retreat soon.

Using only a rudimentary four-track recorder, he sang and recorded all instruments, except for backing vocals by his wife, Linda. Three months later, “McCartney” arrived in stores, an album full of brilliant songs but marked by almost amateur sound quality, different from the complex orchestrations created during the Beatles’ partnership with producer George Martin.

Tools Needed to Maintain It

Beard care does not only mean washing and hydrating but also beard trimming, which is extremely important for the quality and appearance of the beard and mustache. Just as you regularly go for haircuts, your beard should go through these “refreshments” as well. 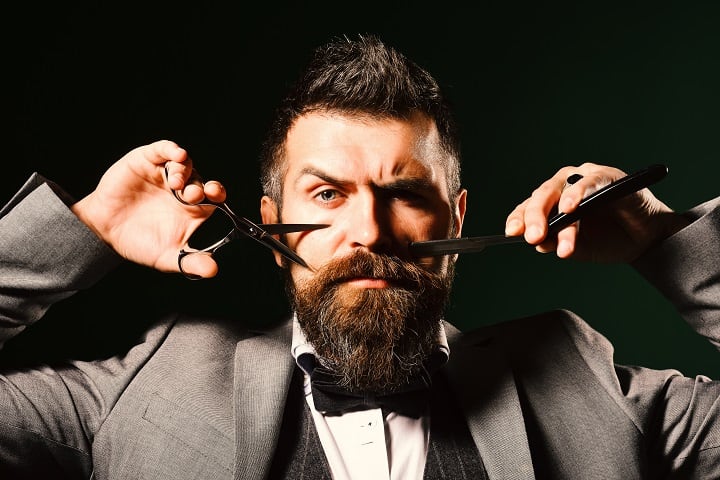 Not everyone has the same beard shape, so it can be a must to use beard tools to pull off Paul McCartney’s beard style. You will need:

A good beard comb helps you curb beard hair and make it easier to cut.

Choose a wooden comb specially designed for haircuts and beard care or a hand-made beard brush. Wooden combs are a much better and healthier option because they have the ability to absorb excess fat and distribute it properly throughout the beard.

They also do not cause static electricity, which is important if you want to keep your hair under control (and you will have to when pulling off Paul’s beard).

Make sure you get quality and sharp scissors because you don’t want them to get stuck in the beard, which is usually stronger and harder than the hair on your scalp. Scissors must be sharp and precise to cut the beard hair as you wish.

Beard trimmers are quite easy to find and buy. Any average trimmer will do for Paul McCartney’s beard style.

If you just let your beard grow, many hairs of uneven length would appear, protruding in all directions.

How to Get This Style

As Paul has had beards that are quite simply in style and don’t need much maintenance, the first step would be to let it grow for a month or two, depending on how fast your beard grows. When the beard reaches the stage of being able to be combed and washed, then a bit of maintenance will be needed.

During the growth process, the most important thing is combing. Not oils, balms, or haircuts – combing is much more important.

Of course, washing the beard is done for hygienic reasons, and in most cases, it is enough to wash the beard with warm water every couple of days and maybe once or twice a week with beard shampoo. But combing the beard with a perfect wood beard comb will fix a scraggly beard with ease and make it quite healthy.

Namely, combing eliminates ingrown hairs, knots, fallen and unhealthy hair. By combing, we ventilate the beard, straighten it and allow it to grow unhindered. And it has to grow unhindered to pull off the McCartney beard.

Speaking of oiling, it is the final step to getting it healthy and stylish. Naming the benefits of using the best beard wax, oils, and balms for hygienic reasons is quite unnecessary. 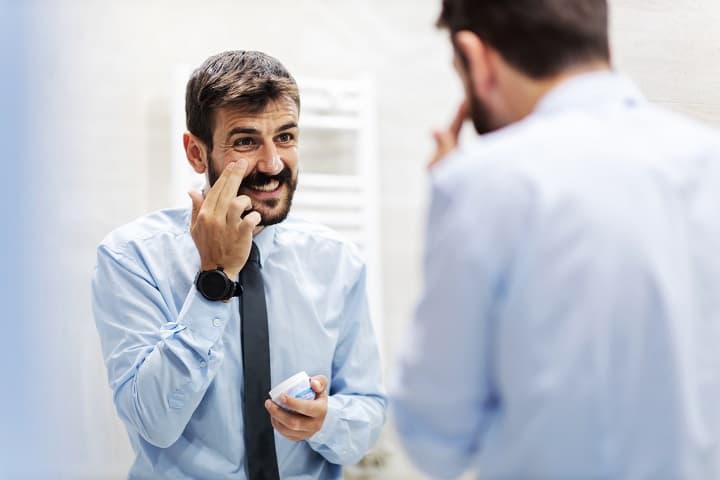 What is important for the McCartney beard style is that oils will enable the shaping of the beard. And when the beard grows a bit too long, using the world’s best beard moisturizer for the best result of combing and trimming is necessary.

After your beard has grown fully, it is time to trim it a bit but not too much. The beard will have that full and rich volume that Paul has had but nothing too savage. And you will have no unpleasant experiences of shaving sensitive skin.

And that’s it! You have a beard just like sir Paul McCartney.

How to Maintain and Style It

In between trimmings, it is necessary to take care of your beard. Do the following:

We will try to wash it about three times a week, using our fingers so that the soap reaches the skin. The water with which we rinse should not be very hot since the skin dries out and we will have problems combing it.

The most recommended are oils and balms. Before combing it, we will apply a little product to our hands and distribute it throughout the beard, insisting that it penetrates the skin and hydrates in-depth.

It is advisable to comb just after having hydrated it, avoiding doing it when you get out of the shower and after drying the beard with the dryer since, at that time, the hairs become weaker.

Best Products to Maintain This Look

Stimulate circulation, massage the skin under the beard, remove dirt and dead skin cells, and prevent the appearance of knots and tangled beards. The comb is for longer and thicker beards (full-grown McCartney beard), while the brush is great for shorter beards (while growing it).

Your beard and mustache must be clean to prevent irritation and maintain the hygiene of the beard and facial skin under it. You can find a premium beard shampoo or nothing too fancy – up to you. 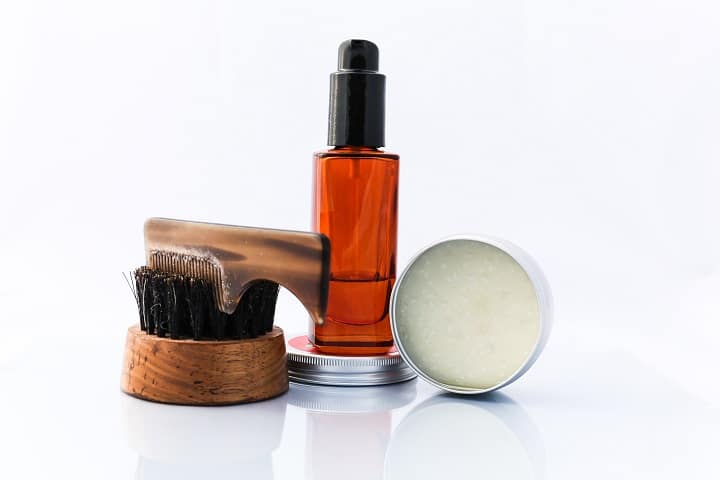 For extra hydration and softening of beard hair, make your beard silky and gentle to the touch. Hydration is also important for the prevention of dandruff and itching.

For maintaining the length of the beard and mustache.

Bonus: A beard styling product such as wax or cream.

As you can see, growing a beard like a Beatle is no big deal. Those who are lucky enough to have a lush beard and hair can pull off the 60s and 70s look with ease. All you need to buy are simple beard maintenance products, which will be the most fuss you’ll ever have with this beard style.

Good luck and rock on!