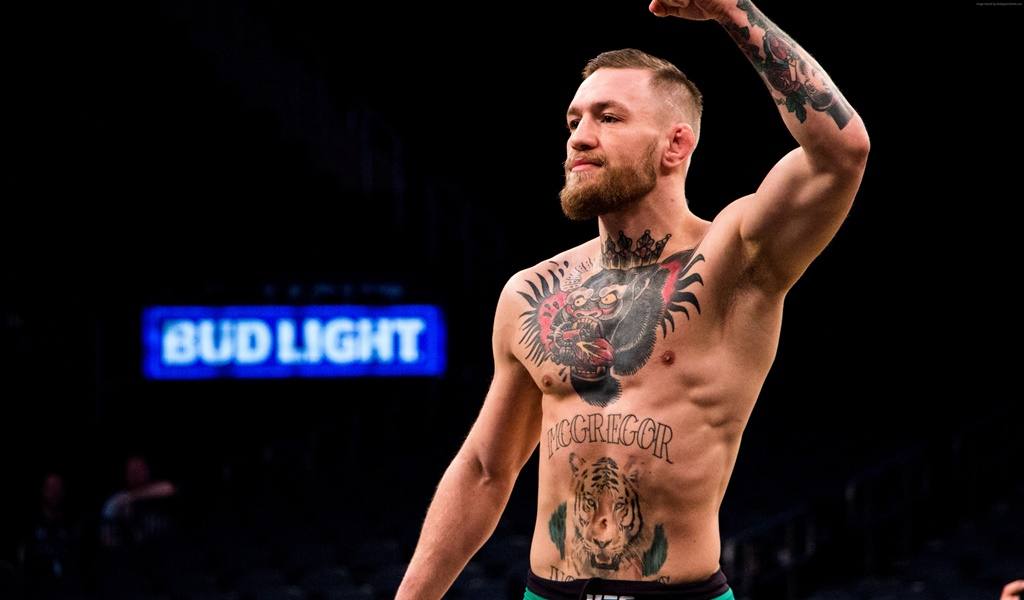 Before Conor McGregor became a champion, he needed to act like a champion first.

Before he wasn’t anybody he needed to look like somebody.

Before stepping into the octagon for the first time, Conor McGregor knew the importance of dawning a champion beard.

He persevered and is now one of the top celebrities in the fighting business.

We might not be able to fight like him, but we can surely copy the way he looks, right?

It doesn’t seem that hard.

This is where you are wrong.

Even though the Conor McGregor facial hair doesn’t seem like a hard style to copy, it can easily become such if you don’t know what you are doing.

There is a method to creating it and we are going to give it to you within our step-by-step article along with a few best McGregor styles you can copy.

Conor McGregor was born and raised in Dublin in a poor neighborhood prone to criminality and drug abuse.

Growing up in such conditions gave McGregor the strength and motivation to survive and thrive at one of the most challenging sports in the world – Mixed Martial Arts.

He joined the Ultimate Fighting Championship (UFC) in 2013 and had two steady years of frequent wins before he earned his first major title.

In 2015, McGregor won the title of UFC Champion for the featherweight division and quickly became a two-division champion by winning the lightweight title the following year. 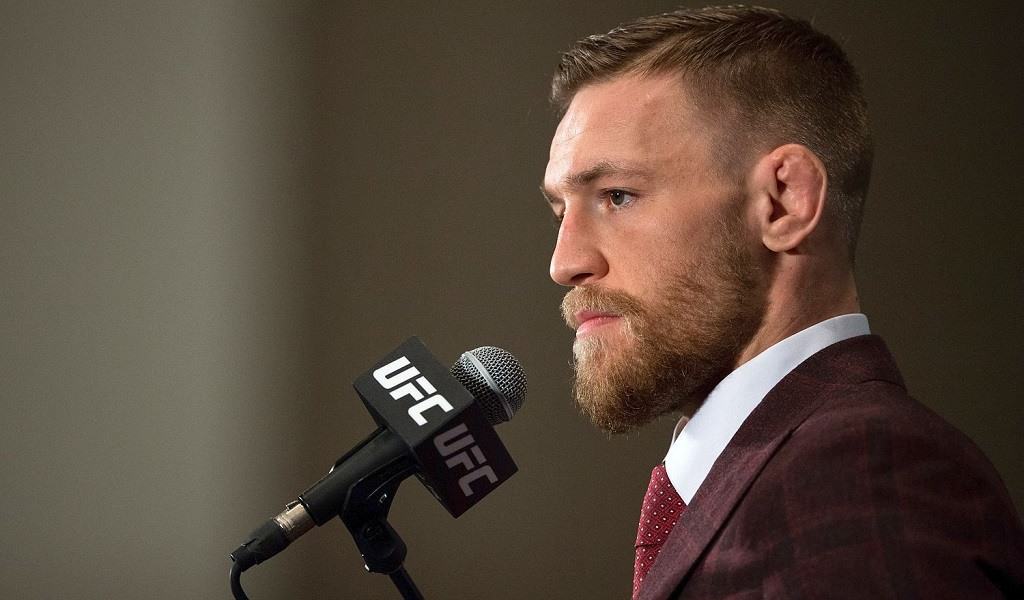 He then dedicated most of 2017 to training for the boxing match against Floyd Mayweather.

Up until this moment, Conor McGregor is known as the richest MMA fighter in the history of this sport.

Conor Mcgregor debuted as a professional MMA fighter in 2008, for the Cage Warriors promotion.

He won four of his first six fights before he erupted into an incredible winning streak that landed him the attention of the UFC president Dana White.

McGregor signed as a UFC professional fighter in 2015 and defeated Chad Mendes for the interim featherweight title.

In December that same year, he knocked out Jose Also in a mere 13 seconds, unifying his featherweight title.

One of McGregor’s most notorious rivalries was with Nate Diaz. When he was unable to fight the lightweight champion Rafael dos Anjos as planned, McGregor seized the opportunity to fight Diaz instead.

Eventually, he was unable to keep up with the bigger bulked Diaz’s particularly strong blows and he succumbed to a chokehold.

Vindictive as this Irishman is claimed to be, he felt compelled to engage in a rematch against 170 pound Diaz – a match he won against all odds.

He thus added the lightweight crown to that of featherweight but renounced both titles when he chose to focus on boxing in 2017.

McGregor’s only appearance on the big screen has been in a documentary named Conor Mcgregor: Notorious.

This documentary follows the fighter behind the scenes of the most crucial moments of his ascension to MMA superstardom.

Filming lasted four years, from his rise in the European Cage Fighters Circuit to his arrival at the top of the UFC league.

Notorious acquired public appraisal for capturing McGregor’s more tender side while he was in a long-term relationship before he reached fame and wealth.

Yes, Conor McGregor is widely known as someone who trash talks the whole time. However, one thing is for certain, he knows how to back up his words.

That being said, his quotes on hard work, success, and failure are unforgettable and inspiration for many people out there.

It would take a lot of time to write them all, so here is the narrowed list of his top 10 quotes:

1. Doubt is only removed by action. If you’re not working then that’s where doubt comes in.

2. All that matters is how you see yourself. If you see yourself as the king, with all the belts and everything, and no matter what no one else says, as long as you see that, and really believe in it, then that’s what’s going to happen.

3. Talent does not exist, we are all human beings. You could be anyone if you put in the time.

4. Life is about improving and getting better.

6. What defines us is how well we rise after falling.

7. It’s not really that much big of a deal – you brush it off and you come back. Defeat is the secret ingredient to success.

8. Approach everything with an open mind, with a learning mind. You will never stop learning as long as you keep the mindset that everything works because everything does work. There are a time and a place for every single move. If you work on it enough, it will work.

9. Always look to learn. Learning something new is a great feeling. The feeling of progress.

In spite of McGregor’s undeniable wealth, it was his love for provocation that has captivated the audience to follow his 2017’s lengthy promotion for the fight against Mayweather.

In the summer of 2017, while at a conference call with his rival Floyd Mayweather, he was wearing a $6500 suit adorned with pinstripes and words “f*** you”.

In addition to his eccentric choice of clothing and dozens of tattoos, Conor McGregor has adorned the same iconic full, ginger beard since his rise to fame. 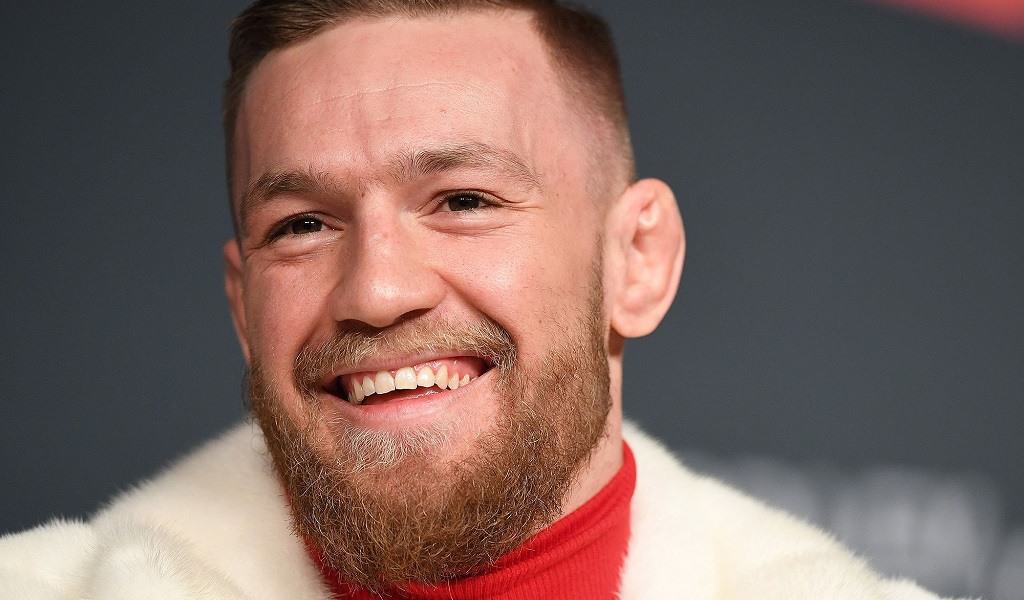 Over time he kept the same classic style, while fans from all over the world have been trying to copy his looks.

There is something utterly classic and gentlemanly about that full, medium-lengthed beard which seems simple to achieve and sophisticated to wear.

How to Grow Conor McGregor Beard

If you’re a fan of more than just Conor’s fighting style in the ring, you may be wondering how to achieve the same full, lush and even beard as this MMA champion.

While there are no two look alike beards in the world, some basic tips remain universal for every avid beard grower.

Conor’s beard grows into a shape known as the full beard with a tinge of the chinstrap. In order to achieve this kind of a beard your facial hair needs to:

Fortunately, genes don’t have the last word here. The factors mentioned above depend on your diet and exercise routine as much as on your genetics.

Athletes like Conor are required to maintain a strict exercise routine and diet, which contributes to their abilities to grow a healthy, full beard.

If you are eager to grow a thicker beard, you will find the following steps especially helpful in maximizing your facial hair growth:

Improving your diet by adding plenty of proteins and good carbs will increase your levels of DHT, a hormone associated with beard growth.

Both these actions stimulate the production of testosterone levels. This is directly linked to man’s ability to grow a thick, long beard.

The more you work out and the better your sleep, the more serotonin you produce.

Serotonin then reduces your stress levels and increases testosterone, while sending DHT straight to your facial follicles.

Beard pills or supplements are available in most shops and are deemed to be fairly efficient in making your scalp and facial hair grow faster.

Despite its length, the most important thing in Conor’s beard grooming routine is frequent trimming. Cutting rougher hair ends regularly ensures that your beard remains soft and shiny.

Another essential thing is beard oil because frequent moisture helps in growing a full and thick beard. Beard oil and Jamaican castor oil prevent dryness of the skin under the beard and keep it healthy.

By applying them in rubbing motions you will increase blood flow to the skin, which accelerates beard growth.

Conor has a naturally ginger beard but if you decide to dye your beard the same color as him, it is important to keep it conditioned frequently to prevent drying and roughening up due to the chemicals in beard dye.

The last step involves applying a tinge of mustache wax to curl the mustache. You can do this with a mustache comb or just your fingers.

While following the steps mentioned above will not earn you the notoriety or wealth McGregor holds, they will definitely aid in emulating his classic, stylish beard.

Remember that patience is the key to growing a healthy facial hair. In a couple of months, with the right care and grooming, you will be rocking McGregor’s most prominent facial accessory.

Just follow the advice that applies most to you and enjoy your notorious Conor McGregor beard.