32 Actors With Receding Hairlines Who Wear It Like a Pro 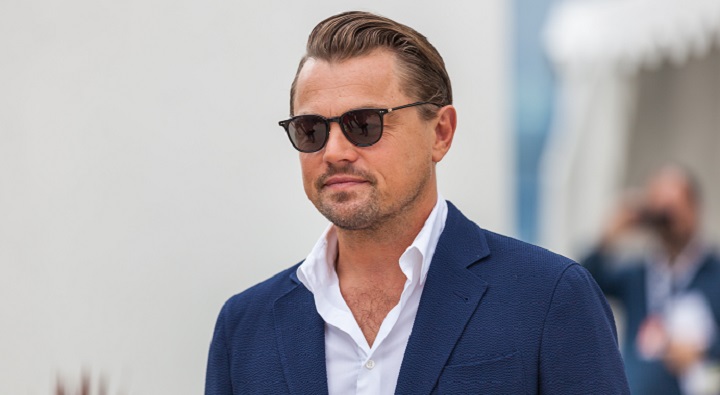 Jack Nicholson’s messy hair and pronounced high hairline have become a trademark of this iconic actor. Even a silhouette is enough to identify Jack.

Even early in his career, Tom Hanks already has a high hairline, and it got up there starting in Forrest Gump. Rather than hiding it, Hanks embraced his receding hairline by cutting his hair short and styling it in a brushed-up fashion.

Leo already had a pronounced forehead when he was a teenage heartthrob. However, as he got a bit more advanced in age, the hairline around his temples started to recede and he also developed quite a widow’s peak.

Even in his 21 Jump Street days, Johnny Depp already had a high hairline. It barely receded now that he is a bit older. 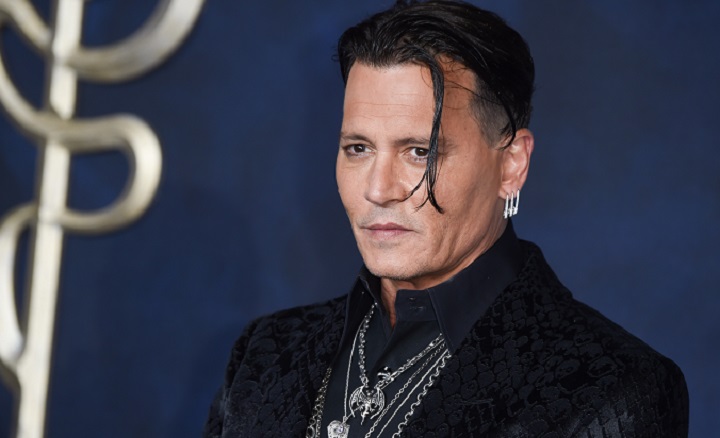 Although Will Smith never wore his hair long, if you compare his hair to his Fresh Prince days and how he looks, you can see that his hairline has risen considerably.

Was there ever a time when Nicolas Cage had no receding hairline? The nice thing about Nic’s hair is that it seems to stop right where it was decades ago.

Jude Law has always had a relatively high hairline. However, these days he is more balding than receding. The front of his hair has thinned quite a lot and his temples have risen higher than before.

Travolta’s hairline is no longer visible because he decided to shave everything on the top of his head. Judging from the stubble, I guess his hairline has gotten quite up there that he did not care anymore to style it.

Even early in his career, Kevin Costner has always had a relatively high hairline. Recently though, his temples have receded quite a bit, and his hair is not as thick as it once was. 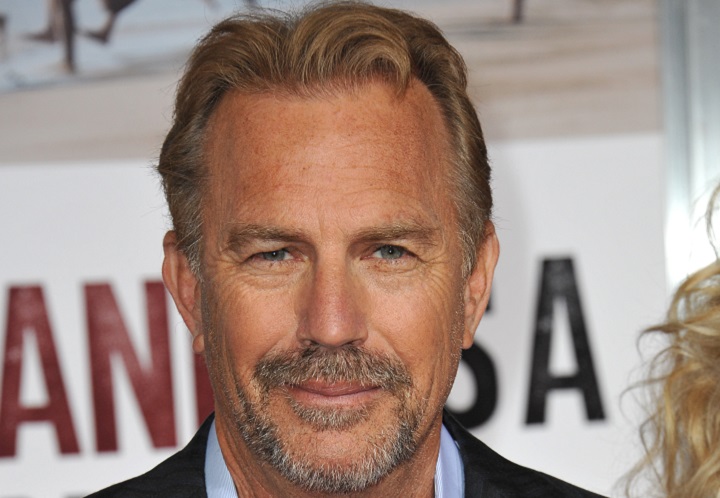 Even in the early 90s, you can tell how high Bruce Willis’ hairline is. For a time, he also just kept the thinning hair and brushed it up. By the late 90s, Willis just buzzed it all off and he still looked badass.

Even though his hairline has been slowly receding these past couple of years, Matthew McConaughey’s style and thick golden locks still make him quite debonaire.

The Rock has not grown his hair since the Attitude Era of the WWE, and he has not gone out without a smooth dome. However, if you look closely and compare him with an old photo of the Brahma Bull, you can tell that his hairline has receded quite a lot since the early 2000s.

Statham is one of the Hollywood badasses who don’t care what people think about his hair or lack thereof. He knows that he has quite a pronounced receding hairline (it’s a horseshoe shape right now) and he crops his hair short rather than trying to cover it up.

Even in the Ace Ventura movies, you can tell that funnyman Jim Carrey has a high hairline and has become somewhat of his trademark style. Of course, this is aside from his bowl cut in Dumb and Dumber. 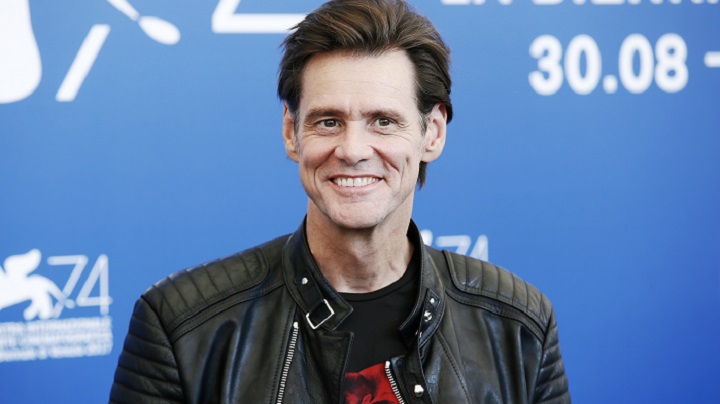 This may come as a surprise, but Sam’s hair in Pulp Fiction was a wig. Samuel L. Jackson has always shaved his head for decades, so telling where his actual hairline starts is almost next to impossible.

You can tell just how high Ben Affleck’s hairline had gotten by comparing his picture when he was first dating JLo and now that they are back together again.

The Eastenders star has quite a high hairline even in his youth, but he managed to compensate back then by growing his fringes a bit longer. However, now he embraces the receding hairline and chooses to sport shorter hairstyles.

In his Mork and Mindy days, Robin Williams already had a receding hairline, and he ran with it with all his comedic energy. Before his tragic passing, Williams’ hairline got even more pronounced, but he wore it with dignity, and it showed.

It might be the facial hair, which is one of the best among actors with mustaches, but there sure is something about Robert Downey Jr that distracts people from his receding hairline. Whatever it is that he is doing, it is working.

Although the thick Lethal Weapon hair is long gone, his hair is thinning and his temples receding, Mel Gibson still looks as dashing as ever. He does not even need hair coloring. He is just rocking the silver fox style. 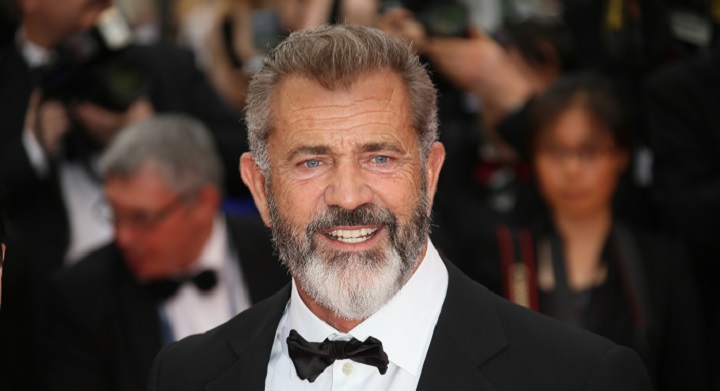 Jamie Foxx always sported close-cropped hair with crisp hairlines, which is why you can start noticing that his hairline receded quite a bit these past couple of years.

Mark Wahlberg’s hairline might be a bit high but not necessarily receding. Comparing his hair today with the Marky Mark era, only the temples are slightly higher.

The Governator’s hairline receded quite a bit and his hair has thinned quite a lot. However, his hair still looks suitable for his age.

This Irish actor would not be recognizable without his high hairline. Although he likes growing his hair quite long, he brushes it up rather than using it to cover his receding hairline. He is also usually seen sporting a Tom Hardy beard style.

Good Will Hunting’s crowning glory might be long gone, but Matt Damon still looks excellent, even with a high-receding hairline.

Yes, Ryan Gosling might have a relatively high hairline. However, it does not take anything from his good looks. Early in his career, he would grow his hair long, but now, he usually rocks a short hairstyle.

Adrien Brody’s hairline has been receding quite a bit, but you wouldn’t notice it much, thanks to his relatively thick and shaggy hair.

Iconic actor Jeremy Irons’ hairline might have receded long ago, but it seemed that it stopped in its tracks. During his long, illustrious career, Irons’ hairline has become a part of his brand.

His shaggy hair and chiseled features take most of the attention away from his receding hairline. This man is so handsome that you do not even notice his hairline.

Sean Penn’s hairline has been receding quite a bit in the past couple of years, but he manages to pull off the look, even with his salt-and-pepper hair.

The John Wick superstar’s hairline might have receded a bit, and he has a patchy beard, but Keanu Reeves is still one of the most charismatic actors in Hollywood today.

This is the biggest factor affecting the development of a receding hairline. As you age, your hair follicles also start dying and the ones at the edges of your hairline are the first to go.

If your dad or grandfather started balding at a certain age, you would be suffering from the same fate. Receding hairlines, just like skin, eye and hair color, can be passed down from one generation to the next.

Excessive stress can mess up your body’s hormone production. Once it gets messed up, you can start developing early-onset male pattern baldness.

There are lots of illnesses that can cause you to lose your hair – one of them is alopecia areata. Unfortunately, alopecia is not treatable. However, other skin diseases are treatable that can cause significant hair loss, one of which is ringworm.

Some men would deal with their receding hairline by growing the fringes of their hair longer to cover it up. However, many men learned to embrace their situation and just cut their hair short. Sometimes, they would take balding clippers and lop them all off.

Can a receding hairline regrow?

Unfortunately, no. There are no treatments available that can help regrow hair. Once the follicles die, there is nothing that can bring them back.

How common is a receding hairline?

It is pretty standard in most men. The only difference is the severity. This also happens in women, but not to the same extent as men, excluding diseases like alopecia.

Do actors have hair fall?

Yes, plenty of actors had to deal with receding hairlines. Receding hairlines do not care about your celebrity status. Some celebrities have a team of stylists who help them out. Many of them also use 50s hairstyles or quiff hairstyles to make the most of the amount of hair that they have.