15 Rappers With Trendy Beards You Should Copy Now 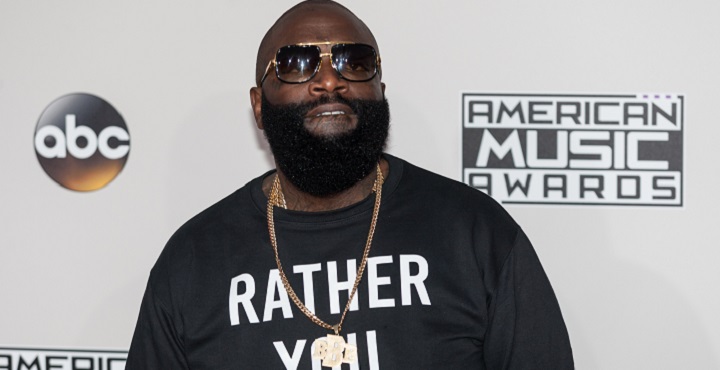 There are all kinds of beard styles in the music industry: short beard styles, long beard styles, or Snoop Dogg’s iconic goatee. The iconic world of Hip Hop is full of talented individuals with incredible origin stories and a desire to continue succeeding.

They include hip-hop legends like Drake, Rock Ross, Snoop Dog, Eminem, Lil Wayne, Post Malone, Kendrick Lamar, Young Thug, and many more. But that’s not the only thing this cultural movement has given us.

Hip-hop rappers are famous for their unique facial hair, characterized by thick, full beards that have become signature styles for some. But among the many great manes that flood the industry are a few beard styles to avoid. Today, we’ll examine some of hip-hop’s best beards.

There are all types of beards in hip hop from where you can get some inspiration to up your own beard game. Here are rappers who have impressed the most with their beard styles.

We are all familiar with the iconic Rick Ross beard. As one of the biggest names in hip hop, Rick Ross has maintained a pristine-looking beard since he unleashed his first track, “Hustling.

“Since then, he has continued to evolve and has somehow ushered in an era of beards in hip-hop. He has released one hard-hitting bass track after another and has even managed to lose weight during his successful career.

What has remained constant, though, is his thick, full beard. Rick Ross has even launched his beard and grooming products under the label RICH by Rick Ross.

Black Thought is a Chicago-based rapper who has more than earned the spotlight as one of this generation’s all-time greatest MCs. Black Thought has been rocking a beard for many years. His beard styles have included bushy and long to polished and precise looks.

However, his signature look is a long, bushy beard that he has maintained since he formed the hip-hop band, The Roots with rapper Questlove.

Circle beard styles are stylish, versatile, and an excellent choice for men who have patchy hair growth. They are a go-to celebrity look, and Snoop Dogg has proved that time and time again. Snoop Dogg is a household name in the hip-hop industry with recognizable braided hairstyle.

The old-school rapper from Los Angeles has rocked several facial hair styles since the 1990s, but his trademark goatee is the most iconic. He first grew his facial hair in 1996 and has since kept it around the same length for years. 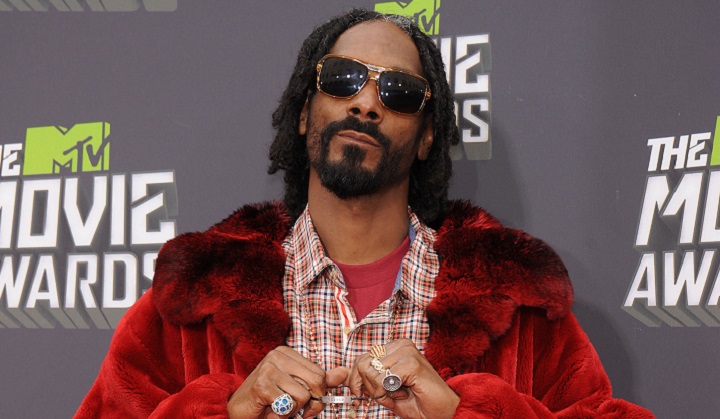 Most people know Action Bronson due to his love for the culinary arts. However, his bald head and full-length curly beard make him stand out. Anyone who has grown a long beard knows how challenging it is to eat with such a beard.

As a foodie, Action Bronson handles these challenges like a champ. You can tell he knows so much about beard care and maintenance if you listen to him sharing the secrets to keeping a beard flawless.

The Queens rapper started growing his beard when he was 18 and has maintained it for over a decade.

Corey Woods, better known as Raekwon, rose to prominence as one of the founding members of the Wu-Tang Clan, a hip-hop group that achieved mainstream success following their debut album release, Enter the Wu-Tang, in 1993.

The New York rapper has kept his beard the same way for years – well-trimmed and with the perfect edges.

Method Man has been growing his beard for many years. His signature style is a carefully trimmed goatee. Even in his old school days as an MC, Method Man always kept his facial hair smooth to go along with his unique style.

The “This is America” hitmaker has been growing his beard for years. Born Donald Glover, the Brooklyn-based rapper usually wears his beard long, unkempt, or trimmed in a more traditional shape.

He has spotted his bushy salt and pepper, scraggly beard on live shows and tour bus ad campaigns. But Childish Gambino has not been one to shy away from changing his look.

In 2019, at a pre-Grammy party in Los Angeles, he premiered a new look – a bushy blonde beard that certainly left an impression on his fans on social media.

To pull off the look, grow your beard for a couple of months, then try out a few beard dyes until you find one that fits your style and personality. 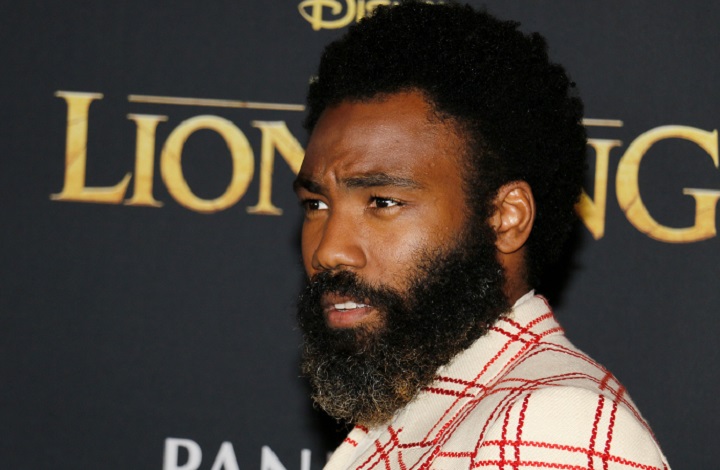 Post Malone’s rise to fame surprised many because it was so quick. The hitmaker rose to prominence in 2015 when he signed for Republic Records and released his debut single.

Born Austin Post in Syracuse, New York, his music style has made him a household name, and he sits at the top among the biggest names in hip hop. His ability to combine different genres of grunge, country, hip hop, and R&B are one of the few reasons why many people love his music.

The “White Iverson” and “Wow” hitmaker has maintained the same hair and beard style despite adding a few tattoos on his face since his first single came out. Post Malone usually leans towards a scruffy beard that goes well with his unique style.

The Grammy-award-winning musician, record producer, DJ, music journalist, filmmaker, and actor has been growing his beard since he was 15 years. Over the years, his beard has remained rough, with an unkempt look to go with his afro and sometimes cornrow hairstyle.

In this day and age, it’s impossible never to have heard of the hip-hop legend Aubrey “Drake” Graham. Drake came into prominence in the 2000s and has amassed a wall of accolades, including four Grammy awards out of 44 nominations and the most charted songs on the Billboard Hot 100 of any artist in history.

The Canadian rapper cemented his position in the music industry as a mastermind through chart-breaking projects and his unparalleled sound.

The “God’s Plan” hitmaker has maintained one of the smoothest, well-trimmed, and most polished full beard styles with perfectly trimmed lines around the cheeks and mustache.

Tramar Lacel Dillard, popularly known by his stage name, Flo Rida, is one of the best-selling hip-hop artists in America. Since his debut single “Low” in 2008, Flo Rida has ridden the popularity wave for years producing many hits and chart-busting music.

He has earned his place among the most immaculately bearded black men. Flo Rida’s beard style features a buzzed and crisply trimmed look. He has been rocking the bearded look for years switching from short to longer beards but is mainly seen with a meticulously kept, short beard. 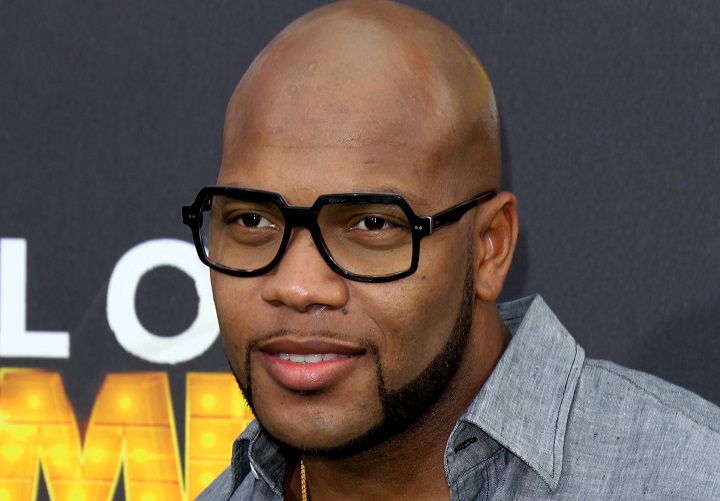 Since his first album launch in 2012, Kendrick Lamar has enjoyed widespread critical recognition and mainstream success. He’s been rocking facial hair throughout his career.

Kendrick Lamar usually keeps his beard unkempt, concentrates it on his chin, and sideburns with a small mustache to go with the look.

Dwayne Michael Carter Jr., aka Lil Wayne, began his music career at the age of 12 when Birdman signed him to Cash Money Records, making him the youngest member of the label.

His successful career cemented his place in hip-hop history as one of the industry greats.  The Louisiana rapper has always varied his beard styles from a clean, shaven face to full beards and goatees.

Lil Wayne has tried them all.  In 2015 he underwent surgery where a large portion of his upper lip was removed, forcing him to shave off his beard and diversify his look to include stylish hats.

Young Thug is an American rapper who hails from Atlanta. Young Thug has had a beard as part of his hip-hop style since he was sixteen. He has won his beard style on many occasions, including in music videos like “Danny Glover.”

The hip-hop star from Houston has been rocking a beard for many years and has worn his signature style on multiple occasions, including on the cover art for his debut album Pluto. Future keeps his beard tastefully short and well-groomed.

Who is the white rapper with a beard?

Which rapper has the best beard?

Rick Ross, Drake, Rick Rubin, and Freeway are rappers with the most iconic beards in hip-hop.

What type of beard does Kanye have?

Kanye usually sports a short beard or goatee, although sometimes he grows a much bushier and more prominent mane.