Rick Ross’s Beard Style – Achieve It Like a Big Boss 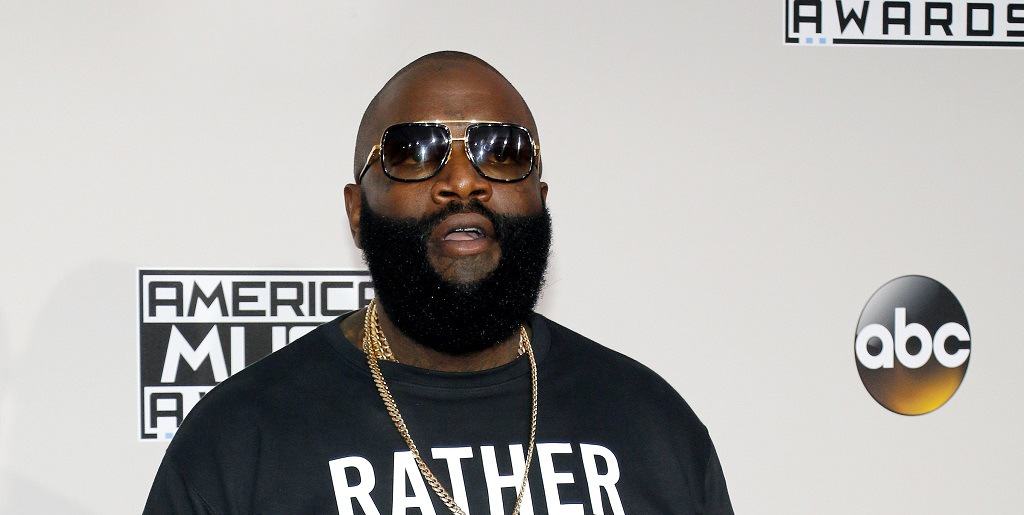 Whether you’re a long-time fan or new to the rap game, it’s more than likely that you know and love Rick Ross.

However, it’s undeniable that Rick Ross has something that puts him above the rest. Something that goes beyond his incredible musical talent or knack for owning chicken wing restaurants. Something like his beard.

Of course, Rick Ross’s beard wasn’t originally what launched him to fame. It was fame that made people realize how amazing his beard truly is. But before the bearded notoriety, Rick Ross broke onto the rap scene.

In 2012, MTV named Rick Ross as the hottest MC in the game. That’s a pretty good title to have under your belt, at least in our opinion.

Whether you think Rick Ross’s greatest song is “Hustlin’,” “Diced Pineapples,” or something in between, there’s no denying that he’s an icon when it comes to 2000s hip hop in America.

Somebody as successful and with a perfect beard as Rick Ross is certain to have many women in his life. But Rick Ross is actually committed to his wife, Briana Camille.

The two welcomed a baby girl on September 6, 2017. He also has a son from a former relationship with Tia Kemp.

Let’s face it. We all want a beard like Rick Ross. His beard is truly iconic, to the point that some people claim Rick Ross has beard insurance.

Whether or not that’s true, Rick Ross has not confirmed, but the fame of his beard did lead him to launch a luxury hair care line by partnering with RICH Hair Care. 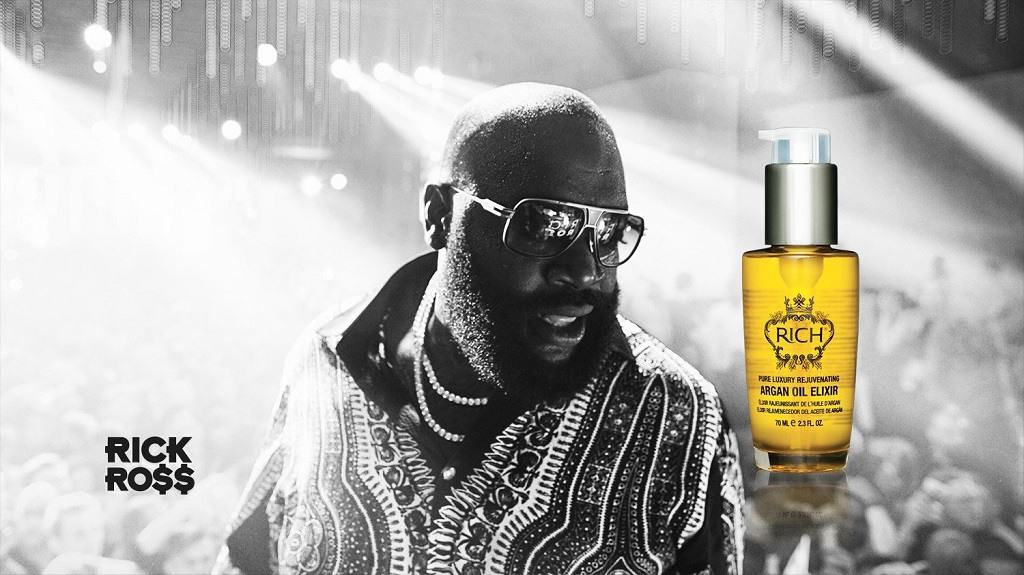 Rick Ross’s beard is both full and neatly groomed, one that clearly took time to grow but looks effortless. It’s a beard you can wear to a business meeting, on a dinner date and out for a night on the town without having to change a thing.

There are a lot of awesome beard styles in the world, but this one takes the cake.

So – how is this beard achieved? Obviously, we can’t all write hit rap songs like Rick Ross, but we can take notes from his facial hair and find success in that.

Rick Ross has had a few pretty popular beard styles for black men, so it won’t be too difficult for us to achieve. Check out these three simple steps to achieving your Rick Ross’s beard, and before you know it, maybe P. Diddy will be signing you to a record label as well.

How to Grow Rick Ross’s Beard

Step One: Let it Grow

The most notable feature of Rick Ross’s beard is how full it is. We’re not talking patchy scruff here; it is a full on, grown out beard.

This doesn’t come naturally for everyone, but there are a few tips and tricks you can follow to achieve greatness. So, how do you grow a thicker beard? 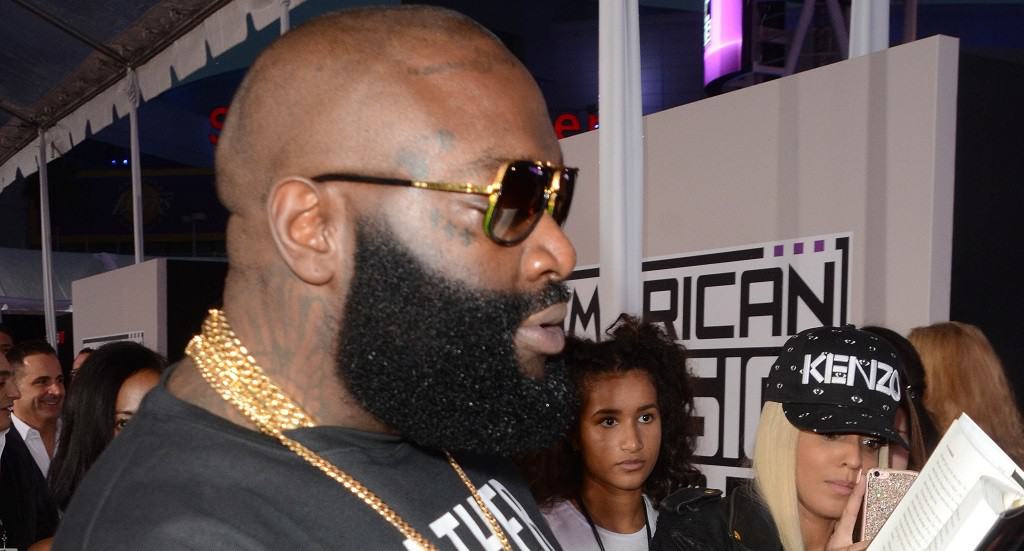 First, make sure you are keeping your facial hair well groomed while you grow it out. This means washing your beard every day to make sure it is free of trapped dirt, oils, debris or anything else you wouldn’t want in there.

You can use a face wash for this step if your facial hair is very short. You can also shampoo your beard like you would with the hair on your head.

Next, make sure you are exfoliating the skin underneath your beard once or twice a week. This keeps your face clear of dead skin that could slow down or prevent hair growth.

The amount of time it takes to grow a beard the length of Rick Ross’s is different for everyone. Don’t get discouraged if you don’t have a beard worthy of everyone’s favorite Wingstop owner in just a week. Your patience will be rewarded.

While you’re growing your beard out, make sure you trim it regularly.

When you’re still growing out your beard, you should only be trimming it to get rid of any breakage or split ends that would make your beard appear scraggly.

Once you’ve begun to let your beard grow a little bit, you may notice that it’s starting to become unruly or more difficult to manage than it was when it was shorter.

An easy way to fix that is with beard styling products like beard oil or beard balm. These products are both hydrating and good for styling, which makes them a convenient way to take care of your beard’s health while keeping it soft and manageable throughout the day.

When you’ve achieved several inches in length on your beard, and you’ve grown it out to your desired fullness, it’s time to shape and style.

For this step, you’ll need a comb, a good set of beard trimmers or clippers, and a handy beard shaping tool. These tools will help you easily achieve the shape and style of Rick Ross’s beard. 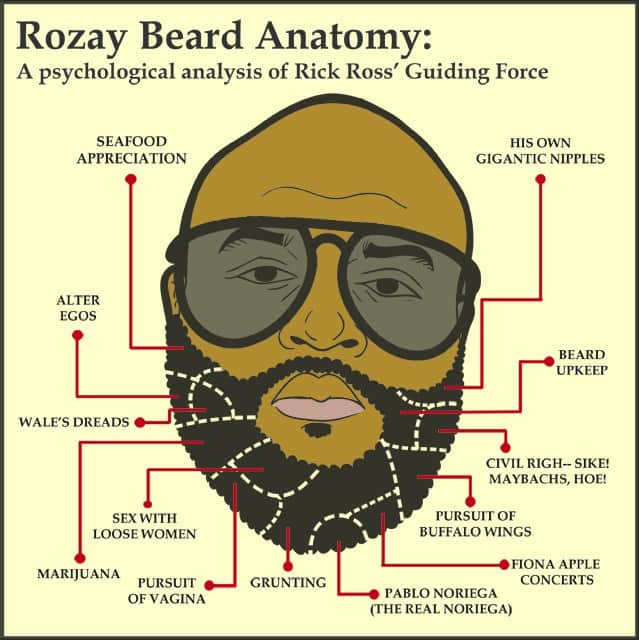 First, run your comb through your beard to make sure it is tangle free and won’t snag on your trimmer.

If you’re having difficulty with this step, run a very small amount of beard oil through your facial hair to help ease up any tangles.

Next, grab your clippers. Remember – it’s better to start slow when shaping your beard. You can always take more off, but once you trim hair away, you can’t get it back.

Don’t forget to trim a neckline underneath your chin. This line should be very clean and smooth, so be sure to go slow.

Once you’ve achieved the shape you desire, the final step is to wear your new beard with pride whether you’re headed to the top of the hip hop charts or just to the grocery store. Your new beard is perfect for all occasions. 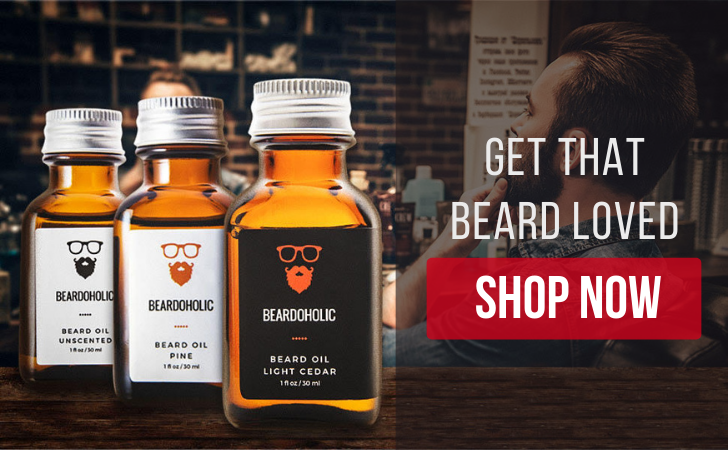 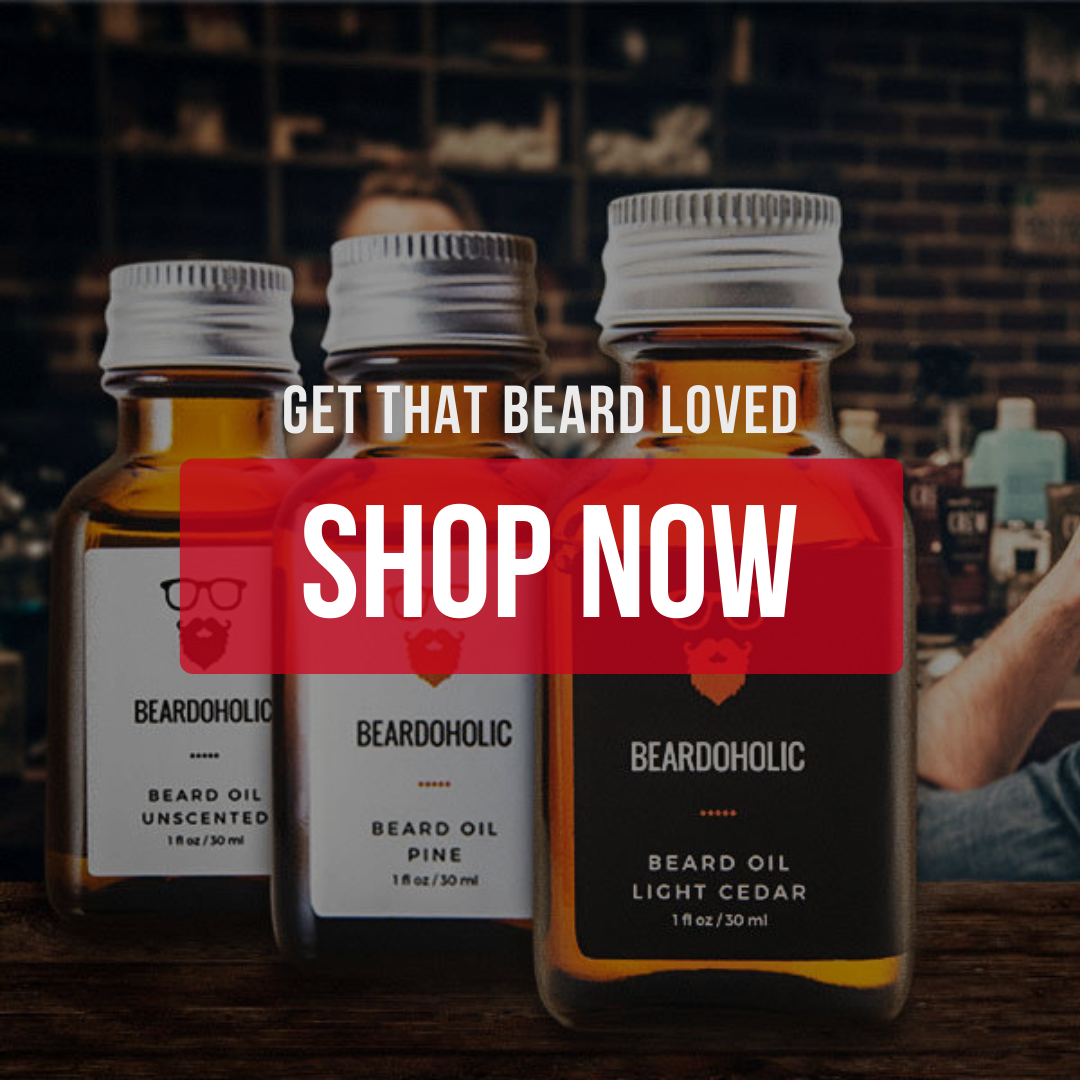