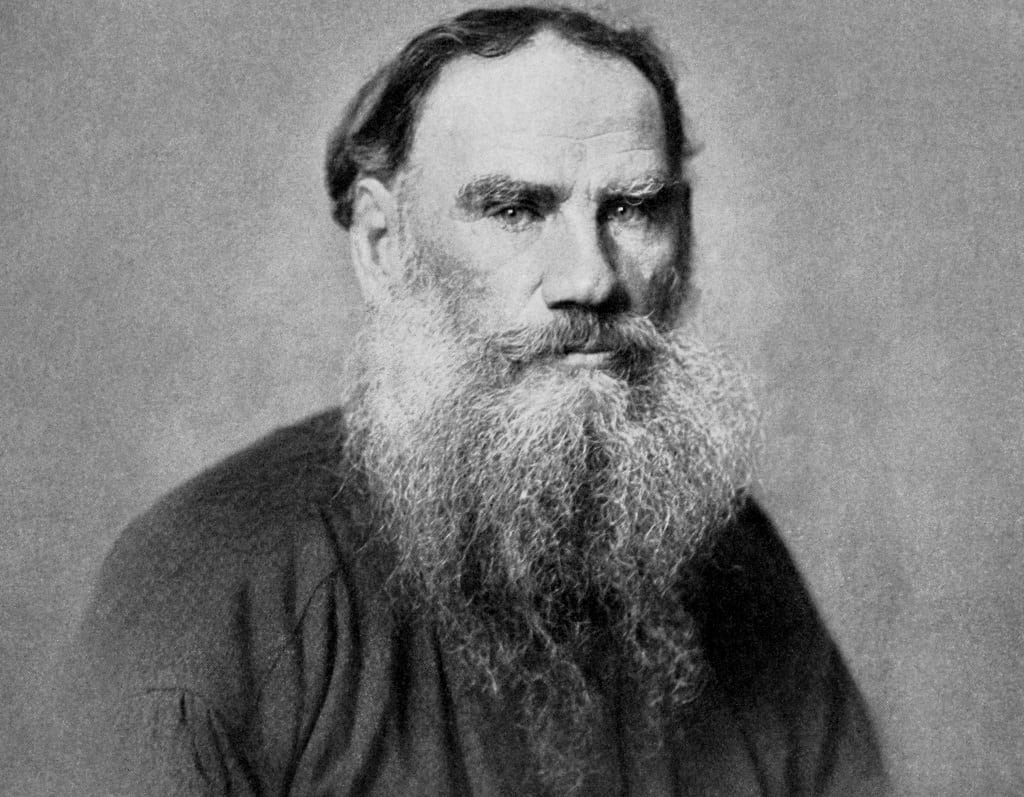 Looking for a facial hair style that no one can ignore?

Check out the Leo Tolstoy beard.

This style is recognizable at first sight, just as the name of the man who wore it first.

There was a joke that Tolstoy’s beard is as long as his book ‘War and Peace’.

We wouldn’t call it a joke, since it’s a fact the man had one of the most awe-inspiring beards ever.

Today, this facial hair style is sported only be the seasoned beardsman who’ve been growing their mane for decades.

This look doesn’t leave anyone indifferent, that’s for sure.

You don’t have to grow your beard for decades. Today, there are tips and techniques to make it look magnificent with less effort.

However, the Leo Tolstoy beard is long, so note it’ll take some time and patience to grow it.

But it’s sooo worth the effort.

We compiled this guide to help you grow, style and maintain the Leo Tolstoy facial hair with ease.

Leo Tolstoy was born in Russia’s Tula Province on September 9th, 1828. His first novel, ‘War and Peace’ was published in 1865 and he went on to write his second book ‘Anna Karenina’ in 1873.

He wrote several fictional works throughout the 1880s and 1890s. One of his most successful novels was The Death of Ivan Ilyich.

In his early days, Tolstoy discovered that he was a pretty lousy student and started drinking, gambling and whoring (he described this as “rioting with loose women”).

Instead of going through life as a fat drunk, he decided to join the army and that was when he began writing. 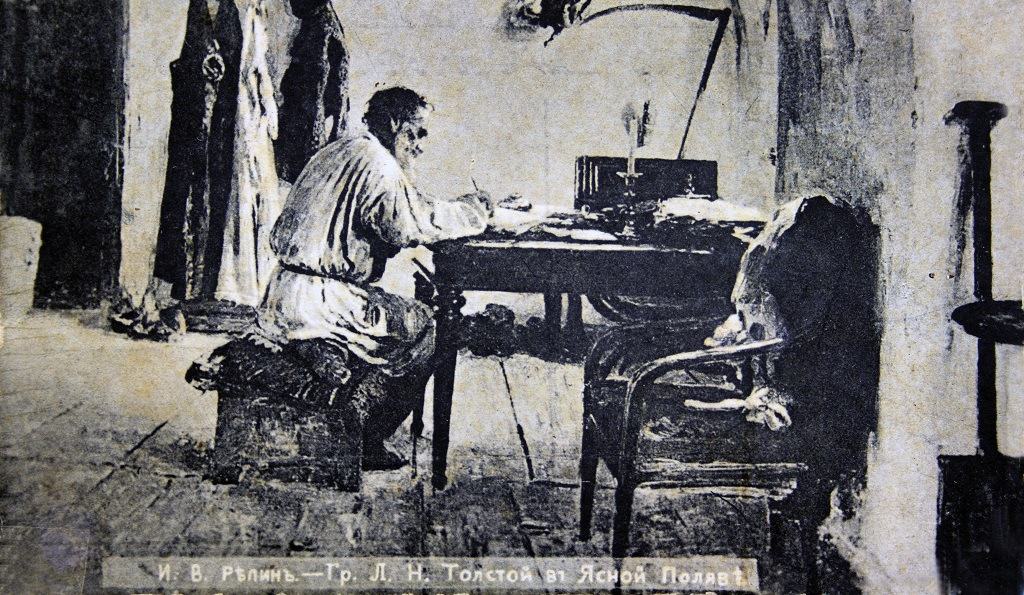 He traveled extensively while in the army and experienced a lot which led him to become an Anarcho-Pacifist. His philosophy about life inspired others like MLK Jr, Gandhi, and many more.

As an artillery officer in the army, Tolstoy obeyed all official orders concerning facial hair. He had a clean haircut and a clean-shave as demanded by the Russian Empire.

However, as soon as he left the military, he started growing out his beard, which has become one of the top beard styles and shapes in Russian history.

Growing his beard out to a long length at that time was viewed as a symbol of rebellion against the government.

Tolstoy didn’t care! He also changed his clothes from the aristocratic apparels of a count to the plainclothes worn by peasant at that time.

This was really a shocker in an era where class distinction was important.

As his career grew, so did his opinions and philosophy about life. His most famous work is ‘War & Peace’, which is still talked about in many literary circles today.

This single novel earned him a place as one of the top five authors in literary history.

Tolstovstvo called for nonviolence and a free interpretation of the Gospel. Because of this, the Russian Orthodox Church excommunicated Tolstoy in 1901.

The church refused any appeals to reconsider but it was highly unlikely that Tolstoy would have wanted it any other way.

His popularity at the time had grown to massive proportions and this gave him a unique opportunity to live life as he wanted and on his own terms.

In the last 30 years of Tolstoy’s life, he asserted himself as a moral and religious thinker. His opinions about nonviolent resistance to evil inspired a lot of people including Mahatma Gandhi.

Even today, his works are regarded as one of the finest achievements of literary work in all history. War and Peace is usually cited as the greatest book ever written.

In modern literary circles, Tolstoy is still universally acknowledged as possessing a narrative gift ever surpassed by any other writer.

He is also praised frequently for his ability to reveal people’s character and purpose from their actions. Here are some of his best works:

Music – “…is the shorthand of emotion.“

Beauty and Goodness – He once said that people confused beauty with goodness. “… delusion that beauty is goodness.“

Understanding – “… I understand only because I love.”

Tolstoy had a beard as long as ‘War and Peace’. This was a common garb because the book was long and so was his beard.

Tolstoy’s beard was so long that it was said that during winter it froze and his wife had to remove the icicles.

To understand his Leo Tolstoy’s beard style, you have to understand how he grew and cared for it. Although his beard was 100% real, you’d have to learn to dye your beard if you want it to look like his.

Tolstoy would have grown his hair over a period of months to get it to that length. Today, many mean will need to use the natural and organic beard balm and other top selling beard products to grow their beard.

Your beard will not grow to this length overnight as you will need complete beard grooming gear to manage the growth phase for a healthy result.

Dyeing your Beard is an Option

Tolstoy had natural gray hair and didn’t need to dye it. But what if you want a beard like this today?

You would need to dye it and keep the color intact by using the best natural beard bar soaps for dyed beards. Only use products that will ensure that your color lasts longer and does not run off.

During the growth phase, you will need to use an electric beard trimmer to keep your beard nicely shaped. Tolstoy didn’t have this luxury.

He would have used the professional barber scissors to trim his beard – or maybe not at all. After all, he was going for a scruffy look.

Maintenance is easy. As you can see there is no actual structure to the beard, so there won’t be any need for regular visits to the barbershop.

Just have a durable wooden comb handy to keep it tangle free and a good beard product to keep your beard soft.