As one of the most revered actors in the field, Christopher Lee has been acclaimed in Hollywood and all over the world for his talent, charisma and extensive career.

From blockbuster movies to a celebrated best-selling book, Christopher has inspired the adulation from fans around the world.

However, it is more than his flair on and off the stage that has garnered him the interest of many.

Christopher Lee, till his death in 2015, fascinated the crowds for decades with his sophisticated, understated yet elegant style, the most notorious part of which may be his sharp, white beard.

During most of his modern career, Christopher Lee sported an elegant gray beard of short to medium length.

His beard was always full, thick and even, which created an effect of flair and sophistication.

Christopher Lee’s beard, which involved a sharply trimmed mustache and long sideburns that spread evenly from his hairline to the bottom of his face, is ideal to many in its simplicity and good taste.

While this beard style is particularly popular among older men, it has proved to be appealing to younger men too.

Younger guys who would like to try to wear Lee’s beard style may find that they need to dye their beard to achieve its sophisticated, shimmery white color.

The crucial part of achieving a full beard is managing your hormones to ensure full coverage. A lot of men will struggle to grow a patchless beard, and the culprit for this is their genetics.

However, lifestyle choices such as the food you eat and the amount of exercise you do can increase testosterone levels and thus lead to faster facial hair growth and greater beard coverage. 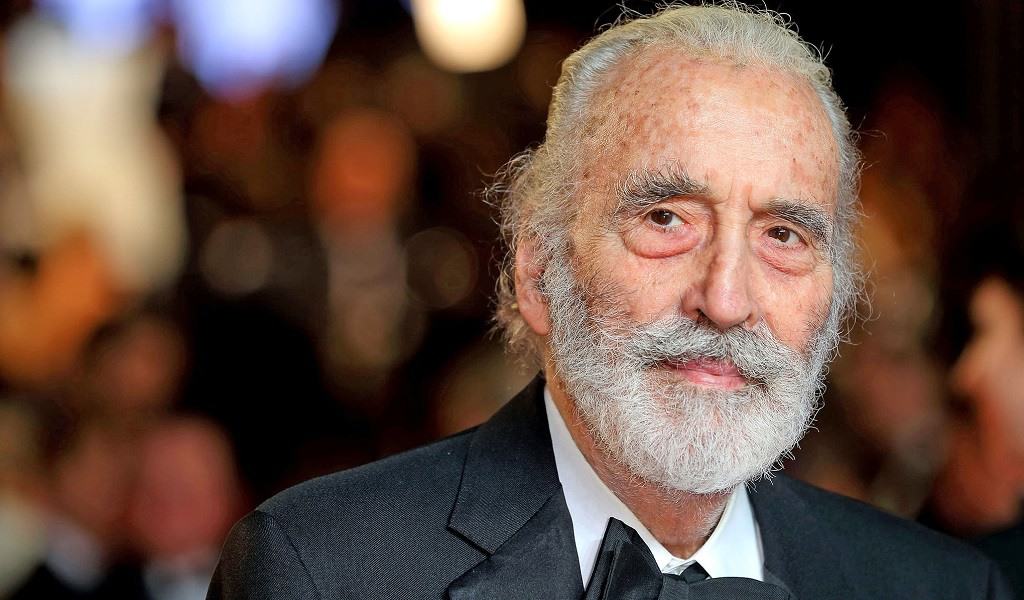 Should you want to grow a full, medium length beard, you will want to incorporate nuts, fish and green vegetables in your diet.

You should also get plenty of sleep every day. Once you achieve your preferred beard length, you will need to trim it into Christopher Lee’s timeless style.

However, if you want to achieve Lee’s silvery strands, trimming and other shape adjustments, you will have to wait till after the dying process.

While it is advised to go for a semi-permanent facial hair dye, which will come with a brush applicator, you need to be conscious as it requires frequent re-dying.

The lighter the shade of silver you wish to go, the more frequently it will need to be re-applied. A semi-permanent dye can be re-applied as soon as the next day, as long as you encounter no unpleasant skin reaction.

To trim your full beard, you will need to comb it thoroughly and shorten the longest strands.

You are advised to start at the top of your beard, and slowly work your way down, until you hear the blades of your beard trimmer make a cutting noise.

Be sure not to remove too much hair, as you can later adjust it to your liking using small beard scissors.

Though Christopher Lee’s achievements have been renowned in the world of cinema, his beard remains one of the most iconic parts of his screen presence.

To achieve Christopher Lee’s beard, remember to be thorough in your grooming, patient in your growing, and constant in your upkeep!