Born with the name Samuel Clemens, Mark Twain was Clemens pen name. He grew up in Missouri during the mid-1800s and was an apprentice printer, typesetter, and finally a contributing writer to a newspaper owned by his older brother.

Clemens first took the name “Mark Twain” in February 1863 when he was a newspaper reporter in Nevada. The name stands for measuring (mark) and twain (two).

He was a truly proficient man who was not afraid to live life to the fullest. Mark Twain’s life is marked by successes and failure, and in all this, he is regarded today as a great American icon.

Mark Twain is one of the most prominent writers that the United States has ever produced. Many people refer to him as “The Father of American Literature.”

He wrote a book that was based on a story he had heard in California, titled “The Celebrated Jumping Frog of Calaveras County”, and this skyrocketed him to international fame.

Critics praised his humor and satire and he became friends with many distinguished persons of that era. 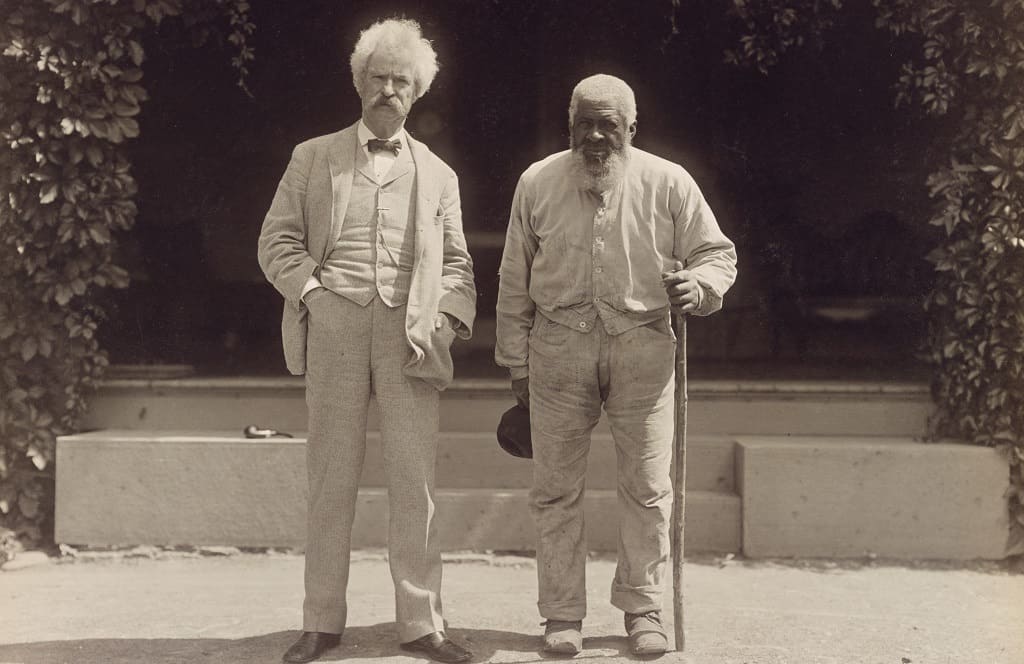 They became known as “The Great American Novels”.

Clemens was an American humorist, lecturer, novelist and journalist who gained international acclaim for his travel stories, especially the below:

He is a gifted narrator, uniquely funny, and a moralist. Twain outgrew the obvious limitations of his humble beginnings to become a successful public figure and one of America’s greatest and most loved writers.

“To give up smoking is one of the easiest things in the world.”

He explained that he had done it 1000s of times before.

He once wrote a letter about his James Ross Clemens, who was ill at the time. From that letter, the popular phrase,

“Reports of my death have been greatly exaggerated”, was coined.

Twain’s first attempt at writing a novel was “The Gilded Age”, and the result was obviously pleasant enough for him to write “Tom Sawyer.“

His narrative of the mischievous adventures of Tom Sawyer – a boy who grew up along the Mississippi River – was influenced by his nostalgia for a simple childhood he once had.

That is why he characterized the book as a “hymn” to childhood.

Till date, from the first publication of Tom Sawyer in 1876, the book has never gone out of print. This goes to show that Twain’s work appeals to both young and old readers no matter the century.

His life was not only marked by his amazing works, he is also remembered for his distinguishing mustache.

He did have some harsh words to say about beards when he stated that it had no useful function. He believed that beards were a nuisance and uncomfortable.

Guess that’s why he choose to go with an awe-inspiring mustache instead.

How to Get Mark Twain’s Mustache

Mustaches have been worn by villains, presidents, sex icons badasses, and every man with a decent head of hair.

Indeed, this prominent facial feature has been worn in many good and bad situations, memorable and unmemorable faces, the worst and best mustache styles have been seen over the years. 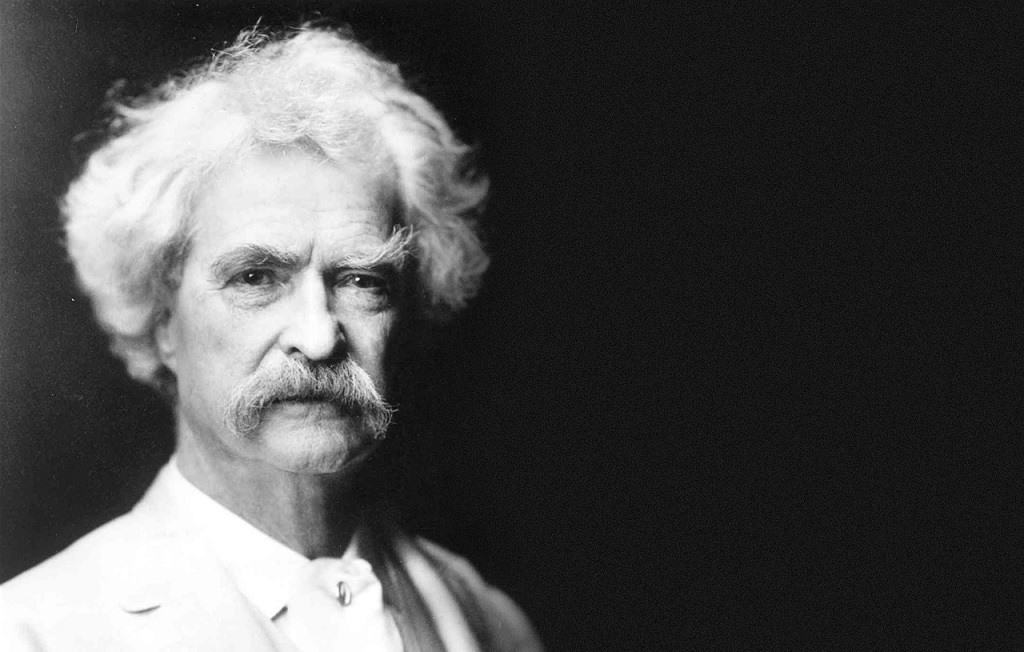 Every man can grow a mustache, but it’s what you do with the mustache that defines you.

It’s truly befitting that a man like Twain who was known for being a literary genius, also wore one of the greatest American mustaches.

But so can you… If you fancy yourself a creative just like Twain, here’s how to get his look

Every great beard or mustache worth talking or writing about starts with growing out your facial hair.

During the hair growth period, you have two options to choose from: You can grow your entire facial hair or start with no beard at all.

It’s up to you, but you want to grow your mustache to an uncomfortable length before trimming.

Also, apply mustache wax to the facial hair during the growth period to help train the stache to part away from your mouth.

Pick one of best mustache combs and use small mustache scissors to trim the sides of the mustache.
Learning how to trim your mustache is easy, just trim is along the lip, giving your lip freedom from the hair.

Remember this is not like a regular mustache. Mark Twain’s mustache has a lot of bulk and attitude and if you are going to get this look, be prepared to leave a lot of hair behind.

Now that you’ve gotten the look, you have to keep it fresh by getting a clean shave and trimming the mustache to the required length.

The mustache will need some attention and the easiest way to keep it looking outstanding is by using some mustache wax to tame the hairs.

Mustache waxes have a magical ability that only men with mustaches can appreciate. If you’ve never used a mustache wax before, you are in for a treat!

They make it easy to style your handlebar mustache and will require some skill in scraping off extra wax with your fingernail.

There are many products available and you can even create your own mustache wax at home.