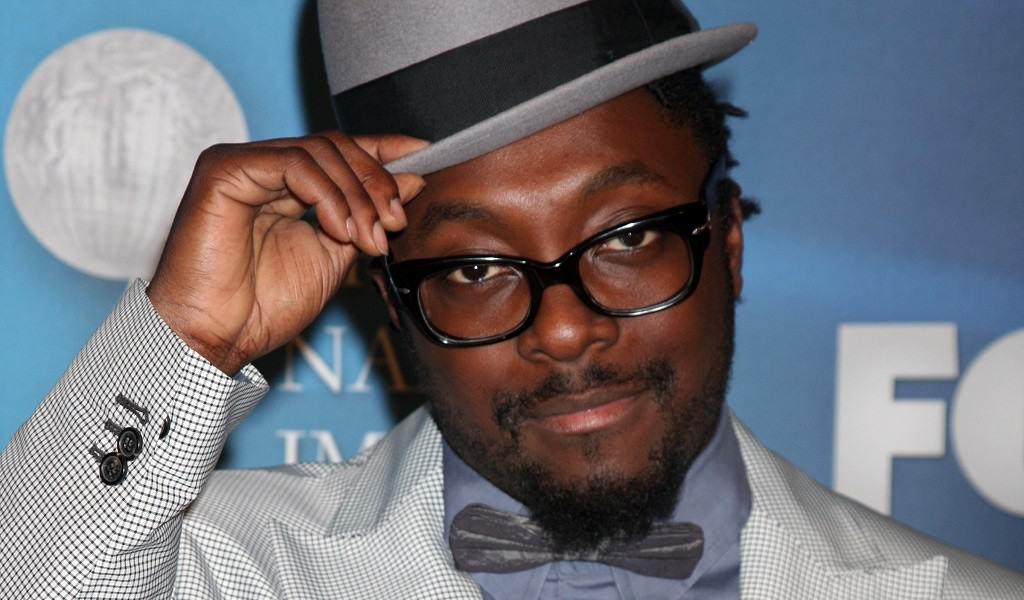 Will.i.am is a name that deserves no introduction as far as entertainment is concerned. He is regarded by many as one of the few multitalented entertainers America has ever produced since the turn of the century.

This seven-time Grammy award winner rose to prominence during his time with The Black Eyed Peas.

He was the founder and lead vocalist of this pop-rap musical group that consisted of three other artists including Taboo, Apl.de.ap, and Fergie.

Although the group was formed in 1995, it took almost a decade for Will.i.am and his musical peers to gain recognition as mainstream entertainers.

Will.i.am is also a great producer with a good ear for music. He has worked with several top artists including Rihanna, Justin Bieber, David Guetta, Justin Timberlake, John Legend and Miley Cyrus among many others.

Despite the fact that he is no longer as active as he used to be, his songs remain a source of inspiration for millions of music enthusiasts.

Will.i.am was born on the east side of Los Angeles. Raised by a single mother, Will.i.am never met his father and his childhood memories were shrouded in poverty.

He grew up in the Estrada Courts housing projects in the predominantly Hispanic Boyle Heights neighborhood.

When asked about his childhood in an interview, Will.i.am quipped, “I was born and raised in the ghetto, on welfare, two minutes from homeless.”

Despite coming from a poor background, Will.i.am never noticed the sharp divide between the rich and the poor.

He only realized that he was one of the poor people when his fifth-grade classmates delivered canned food to his home, which by then was offered to the destitute.

When speaking about that particular incident, Will.i.am remarked, “It didn’t hit me until I went back to school, and Brit and Brad were like ‘William’s the poor people.’ So I was like wow.”

His love for music acted as an outlet from the harsh realities of life. In a bid to shield him from the bleak surroundings and the bad influence from his peers in the hood, his mother sent him to affluent public schools in West Los Angeles.

It was during his time at John Marshall High School that he bumped into Allan Pineda (Apl.de.ap) and Dante Santiago, and together they formed Atban Klann, a socially conscious rap group.

The group was later signed by Ruthless Records Label, owned by Eazy-E. Unfortunately, Eazy-E passed away in 1995, and his death subsequently slowed down the progress of the Atban Klann.

Will.i.am was devastated by the unfolding events, considering the fact that Eazy-E was one of his greatest mentors.

In a bid to revamp his music career, Will.i.am renamed the Atban Klann to The Black Eyed Pods, replacing Dante Santiago with Jaime Gomez (Taboo).

The group later changed its name to the Black Eyed Peas, signed with Interscope Records and launched their first album Behind the Front in 1998. 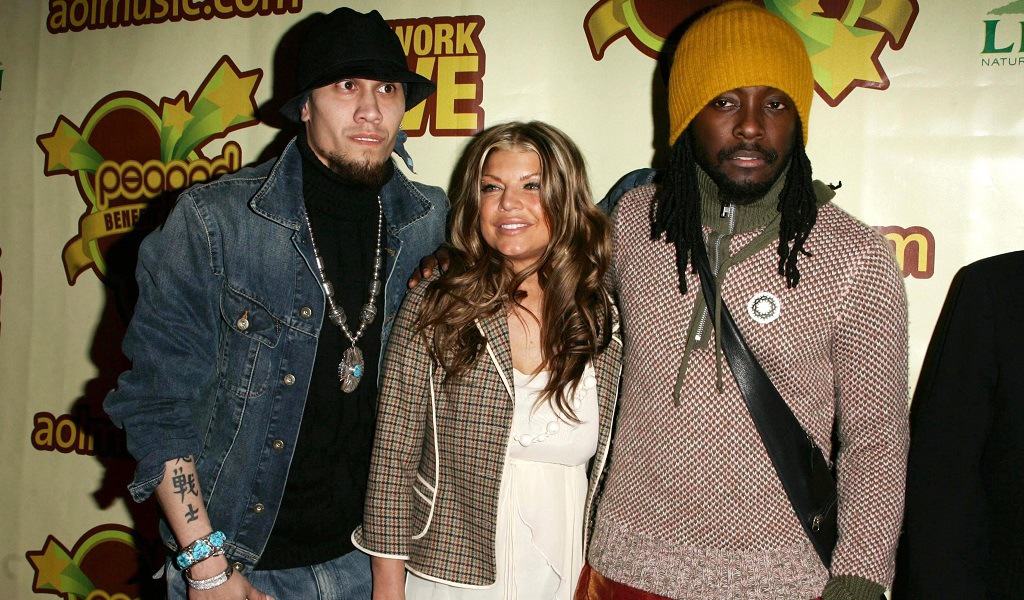 Their debut album had a mix of sampled melodies and live instruments that delivered an alternate rap feel. Nevertheless, it was not as successful as expected.

Their second album Bridging the Gap was released in 2000. It received much acclaim thanks to the hit single Request Line, which was done in collaboration with Macy Gray.

Will.i.am released his debut solo album titled Lost Change a year later, but it did not receive much airplay.

By the time The Black Eyed Peas were releasing their third album Elephunk, Will.i.am had already recruited Fergie into the group.

She turned out to be the driving force behind the group’s success with her powerful vocal.

The album was a great success with hits such as Where is the Love, Hey Mama and Shut Up topping the charts across the globe.

The greatest highlight, however, is when the group performed in front of an estimated TV audience of 163 million people during the Super Bowl XLV in 2011.

Will.i.am could not hide his joy when he said, “We were getting beamed down like we came from another planet.”

Besides his musical prowess, Will.i.am is widely adored for his infamous chinstrap beard which can’t be achieved with just best beard scissors or trimmer.

His conspicuous haircut coupled with a great sense of fashion further complement his handsome look.

His beard style has become a strong element of his brand, and it is regarded as one of the top beard styles for black men.

Will.i.am’s beard, however, is much longer and thicker than traditional chinstrap beards.

Of all the beard styles, the chinstrap beard is one of the most misunderstood and most difficult to achieve.

Furthermore, once you manage to pull it off, it requires constant maintenance to keep it in shape, and you may be required to trim your facial hair every day to keep a precise look.

Nevertheless, by acquiring the right tools and best-selling beard grooming kits, you too can grow your beard like Will.i.am. 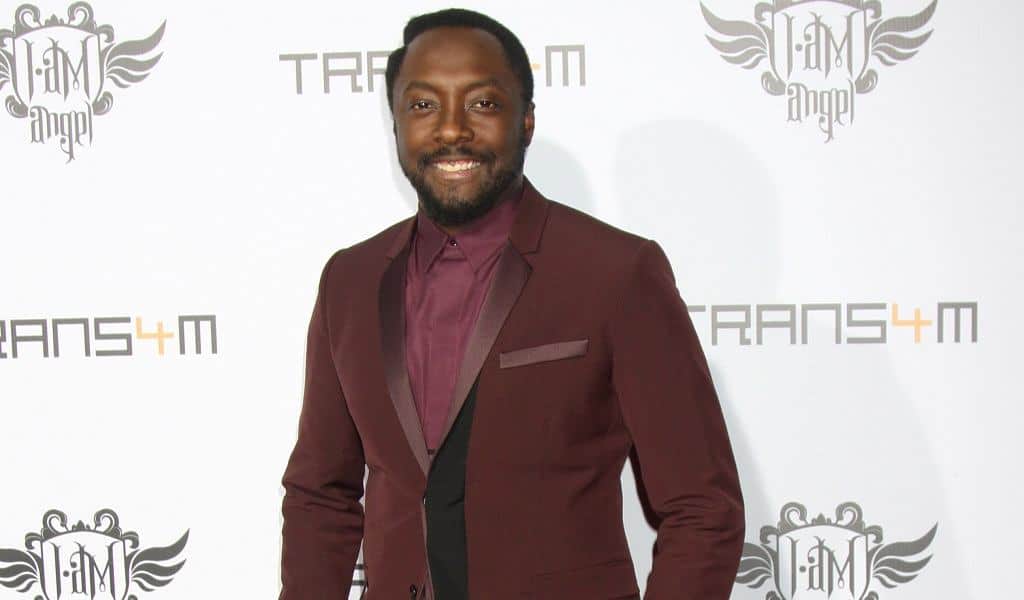 Will.i.am beard is longer than traditional chinstraps. This means that you have to grow a thicker beard if you are going to emulate his style.

Allow your beard to grow for at least 5 days without shaving, for all the areas to fill in properly. You may use top unscented beard oils to moisturize your beard and encourage faster facial hair growth while eliminating beard itch.

Styling your beard like Will.i.am requires the right tools for a precise, attractive finish. First of all, you must make sure that your beard is clean and dry before trying out this style.

You can use a beard soap to wash your facial hair and dry your beard using a clean towel. The length of your beard must be at least 1 cm to get the desired style.

Use a professional stubble trimmer set at 3-5mm to trim back the line until you achieve an even look.

The next step involves outlining a wide strip from ear to ear along your jawline depending on your desired width. You can and should use a beard shaper to make this work easier.

You also need to sculpt your neckline to maintain a straight line, bringing out the perfect beard look just like Will.i.am.

While Will.i.am might have taken some time off his illustrious music career but his beard style remains a point of reference for bearded men and other beard enthusiasts all around the world.