As the younger of two adored princes, the British Aristocrat Prince Harry is among the most adulated men on the planet.

While he is mostly known for his noble lineage and his position as 6th in line to the throne, he has also served an admirable military career and engaged in notorious public flings that branded him an established Lothario.

However, as the world stopped while watching him marry an American star into royalty, lesser-known facts about his charity involvement, army service, and early education started to emerge.

These things have ascertained that beyond Prince Harry’s famous ginger hair and roguish past, he is an icon that has earned the love he internationally garners.

Born on September 15th, 1984, Prince Harry is the youngest son of the Prince and Princess of Wales.

Harry deems he had an exceptionally wholesome childhood, taking part in a wide range of activities unheard of for royal children.

Princess Diana, prior to her untimely death in 1997, ensured both her sons were taken to a variety of more common venues such as McDonald’s and Disney World.

Diana also endeavored to pass on her altruistic interests to her children by taking them, when they were 13 and 10 years old to AIDS clinics and homeless shelters.

Prince Harry recalls being deeply moved by these early experiences, which are undoubtedly the cause of his dedicated adult involvement in charity work.

As all royal children, Harry received education from the best private schools in the country.

However, unlike his father, grandfather, uncles, and cousins, Harry did not attend the prestigious Gordonstoun College but opted for Eton instead.

Eton College being considered the best boy’s school in England, and arguably the world, prepared Harry for an academic career and an Oxford university stint.

However, going against the royal family grain once more, Harry only completed two of his three A levels and chose to enroll in the military after his secondary school graduation.

While this choice came as a surprise to the general public, teaching staff at Eton claimed Harry had always been weak and felt compelled to give up on education after leaks from the school suggested he had cheated in his final examination.

Both Harry and Windsor deemed the claims complete fabrications, and the story was soon forgotten in the face of Harry’s exciting gap year projects.

He chose, during his year of preparation for the military, to travel to Australia where he worked at a cattle farm and competed in a polo test match between Young England and Young Australia.

He also spent time in Lesotho working as a volunteer in an orphanage and produced the critically-approved documentary The Forgotten Kingdom.

Harry then joined Military Academy, Sandhurst and enrolled in the Alamein Company.

Harry’s officer training took a year, and he was commissioned as a cornet in the Household Cavalry of the Army. After two years of seniority, Harry earned the title of Lieutenant.

Following a hefty national debate regarding the risks of his serving, Prince Harry was deployed in Iraq in 2007.

“If they said ‘you can not go front line’, then I would not drag my ass through Sandhurst and I would not be where I am”

divided the nation, striking some of the poised British public as inappropriate, and others as a display of the spunk and bravery his mother held.

After this, Harry was secretly deployed in Afghanistan, where he helped the Gurkha troops counter an attack from the Taliban.

He also performed patrol duties in hostile areas, making him the first in the royal family since his uncle Prince Andrew, to serve in a war zone.

Harry chose to quit the army in 2015, after years of training in Australia and Canada.

He claimed that he needs to focus more on other responsibilities, which include handling of his own foundation, Sentebale: The Princes’ Fund for Lesotho, which provides aid for children who became orphans because their parents died of AIDS.

Prince Harry has always been the object of female attraction and male emulation.

Having recently walked down the aisle, he has been the subject of enormous public scrutiny and it appears his famous flame-colored hair and beard have attracted almost as much interest as his union.

Harry is one of the few ginger beard men in the public eye to have kept their natural beard and hair color.

The beard Prince Harry sports, full, medium-length and bright red, is unique both in its coloring and its seemingly casual grooming.

Prince Harry’s classic beard shaping isn’t just flattering to his oval face shape, it also earns him an air of sophistication and refinement that blends perfectly with his social stature.

This full beard style is particularly popular because it compliments men of all ages.

The under-stated ruggedness of this beard type is acceptable in most work environments and can be personalized to completely revamp your appearance. 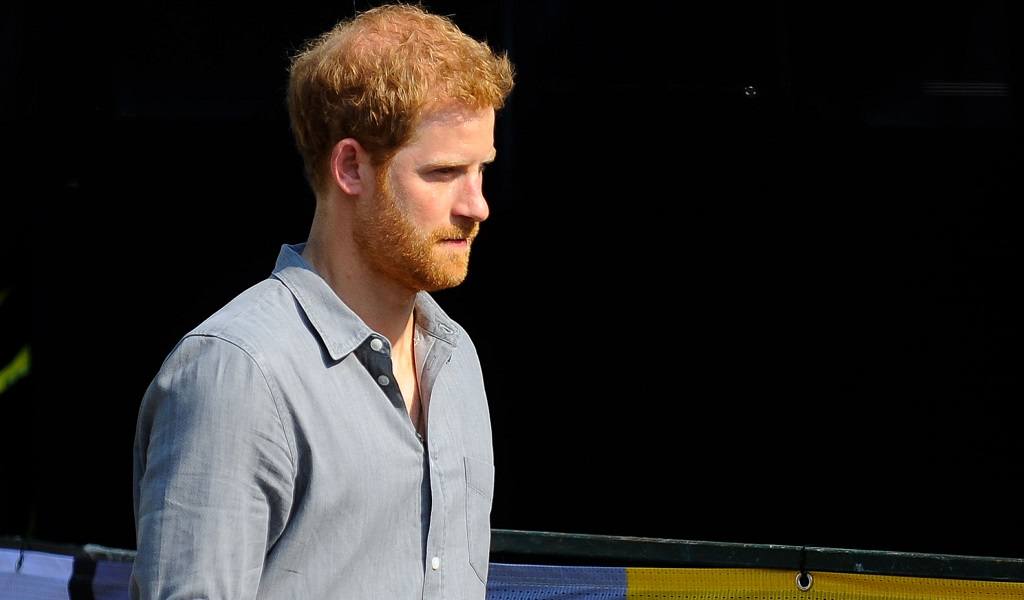 The key to growing a full beard like Harry’s is to aim for full coverage. To grow your beard faster, consider incorporating biotin in your diet.

A variety of beard supplements and vitamins are available on the market, as well as a multitude of homemade beard care products recipes guaranteeing the speedy growth of your facial hair.

To get rid of a patchy beard, you will need patience and dedication in the first place.

The frequent conditioning of your beard and rubbing beard oils in the skin and facial hair can both promote beard growth and cure beard rash. Be sure to wash your beard to keep it clean and tidy. Pick one of the best beard soaps to keep up with good grooming routines.

Short and medium beards require trimming to maintain their length.

Using a beard trimmer, start at the top of your cheeks and work your way down slowly, ensuring you make no direct contact with the skin. Be sure to use a fine-toothed beard comb when trimming your beard with beard scissors to get better results.

Should you want a ginger beard like Harry’s, but lack the natural coloring, consider facial hair dye.

It comes in permanent and semi-permanent forms and is packaged with all the tools you will need to complete the process autonomously, and all this in the comfort of your own home.