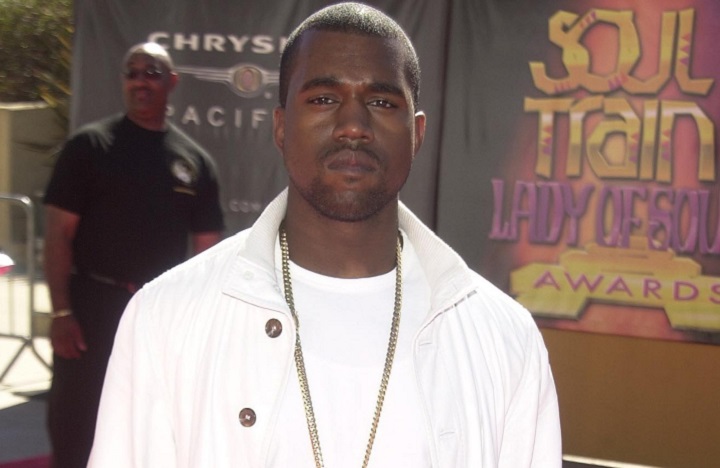 The most significant break of Kanye’s career was definitely when he got a producing gig in Jay-Z’s Roc-A-Fella Records.

While he was there, his most notable achievement would have to be his production work on Jay-Z’s album “The Blueprint,” which many regards as one of the greatest albums in all of hip-hop.

After surviving a near-fatal car crash that shattered his jaw in more than a dozen places, Kanye wrote his first hit song, “Through the Wire,” which sampled the hit song of Chaka Khan’s “Through the Fire.”

He wrote the song while his mouth was wired shut while recovering from reconstructive surgery. This song eventually became the lead single for his blockbuster recording College Dropout.

“Slow Jamz,” the second single off College Dropout, was a collaboration between Kanye, Twista, and Jamie Foxx. This song became the first Billboard Number 1 single for all three artists.

Kanye’s Hairstyles Through the Years

When his career started, Kanye sported a close-cropped buzz cut, and he always maintained crisp, sharp lines at the edges. During that time, rappers with braids were quite widespread. He also sported the usual black men’s goatee.

Just a year after his first hit single dropped, Kanye attended the 2005 Grammys sporting his then-usual buzz cut, but upon closer inspection, you will see that one side has an intricate tribal design carved in it, with two strand twists at the front.

The following year, Kanye attended the premier of M: I3 with his close-cropped buzz cut but with star patterns etched on one side.

In the 2017 New York Fashion Week, Kanye showed up with a mini afro that had been bleached to a platinum blonde shade. Blonde hairstyles for black men look good on Kanye, especially back when his fashion line was starting to go off.

Kanye took this look a bit further the following year when he attended the opening night of the Cher Show on Broadway. That night he showed up with a blonde and pink mini afro. This hair made him look like a strawberry and cream lollipop, but again, it suited him well.

Kanye also let his hair grow out several times and looked quite good. He has pretty thick and kinky hair, so it looks great on him when he allows it to grow out just a bit.

There was a time in late 2021 when Kanye stepped out into public with a horrendously bizarre haircut. His hair looked like he tried to give himself a buzzcut using faulty clippers. There were patches of hair everywhere, while the other parts were clean-shaven.

How to Get and Style

Hopefully, you want to copy Kanye’s haircuts that looked good.

Here’s how you can get them:

Step 1 – Decide which one looks good on you

Since most of Kanye’s hairdos involve being somewhat bald with a beard, it does not matter if you have straight or curly hair. You need to pick the thickness of the buzzcut you want to get.

Step 2 – Do it yourself or hire a hairdresser

Buzz cuts are simple haircuts, so you can probably do it using clippers. On the other hand, Kanye’s buzzcuts always had crisp edges, and those can be difficult to achieve if you cut your hair. If you want to get the same clean lines, you must go to a barber.

Maintaining a buzz cut is relatively easy. You need to clip your hair at least every week or so. However, once the edges get a bit too fuzzy, you should pay a visit to your barber. While there, you might want to inquire about black men’s beard styles.

What does Kanye’s haircut mean?

Some people think that Kanye’s haircuts have some message behind them, but Kanye is doing whatever he likes. There are no hidden messages. It is just Kanye being himself.

How much does Kanye’s haircut cost?

Buzzcuts are pretty easy to do, so they do not cost much, depending on where you get your haircuts from.

Did Kanye West shave his head?

During that strange stretch that Kanye went through in 2021, it did seem like he tried shaving his head using the best balding clippers, but he did so while blindfolded.