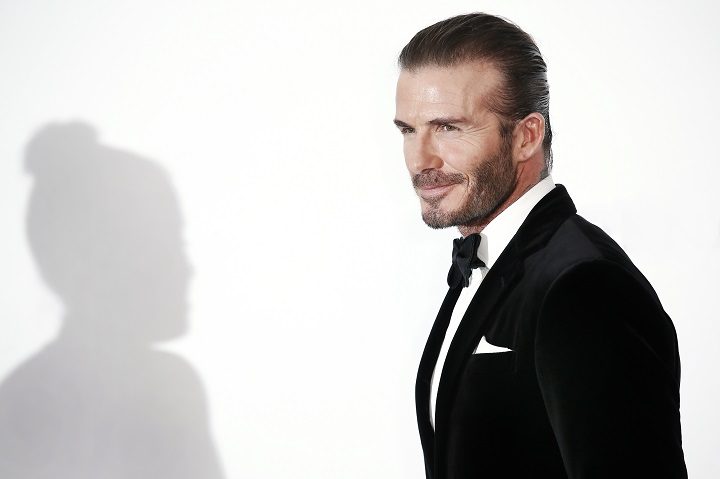 When you ask a person who doesn’t really know a thing about soccer, they will probably say that David Beckham is the best player in the world.

Although Becks was quite good in his hay day and scored free kicks for fun, he is mainly recognized by his appearance and relationship with Posh Spice, aka Victoria Beckham.

What makes Beckham recognizable among fans are his striking good looks and hairstyles.

David was known to carry quite a few exciting haircuts, each with success.

Whether it was long locks of hair or a number 2 buzz cut, Becks could make everything work.

How did he do it? Is there a secret to his hair and hairstyles?

His natural good looks have a lot to do with it, but let’s take them out of the equation and concentrate only on the hair.

The former Manchester United and LA Galaxy star had several styles he carried throughout his career. Even after retiring and stepping into an owner role, he still pulls off some fantastic hairstyles that we all wish to copy.

Nowadays, David Beckham rocks what is called a blended fade. It is a modern haircut that does not require much of you except some hair cream for styling. Fade the sides and blend it with the longer top and style appropriately.

Beckham pulls side-part haircuts to perfection. Once his regular hair starts growing on him and he doesn’t have time to go to a barber, he takes some gel and swipes it back, creating a part at the same time.

Beckham is quite an innovator when it comes to hairstyles. He was among the first celebrities to wear tousled tips with great success. This hairstyle may be outdated today, but David can still wear it by adding a unique twist to the mix.

A fohawk is not so frequent today as other trendy blonde hairstyles are. We’ve seen Beckham rock it on several occasions and he doesn’t shy away from it, even in formal situations. He does wear a modernized version of it that truly makes a statement. 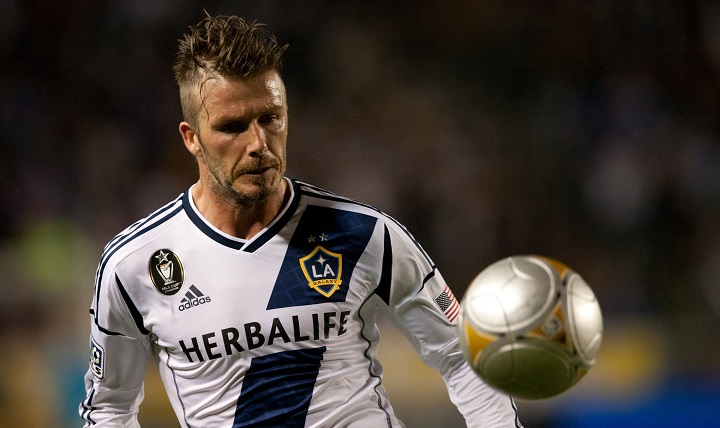 For some formal occasions, Beckham can go very sleek and tight. To create this one, he uses the help of a toothed comb and some product to keep it all still. It goes best on a clean, shaved face.

To create this Beckham classic, you must have a long to mid-length top. Use your blow dryer to lift it and comb it back. Finish things off with an excellent matte pomade for a better effect.

Since David Beckham mostly keeps his hair on top longer, it helps him quickly create a nice pompadour. It allows him to have versatility and more options when adding any hairstyle.

At one point, Beckham decided to shave off his luscious hair and create a buzz cut. Everyone was appalled, but the style stuck. It is one of David Beckham’s classics that he has returned to a few times.

We don’t know if Beckham is a fan of U2, but he has been able to pull off a style with a lot of Bono vibes. It’s a very asymmetrical and avant-garde style that only legends like Bono and Beckham can pull off.

The length on top is key to Beckham’s hairstyles, so he does not have trouble adding some bangs. You brush the hair down and let it flow on your forehead. It adds some texture to your hair and will look great.

Beckham sometimes replaces his burst fade haircuts with a long top one. Since he usually has enough hair on top, he does not need to grow it additionally. He only needs to brush it upwards and get it to stay that way.

Beckham can’t create a timeless curly mullet, but he can do a straight one. He keeps the hair around the ears tighter and blends it with the rest of the hair.

He keeps the hair long throughout the entire hairstyle, which is much different than a traditional mullet. 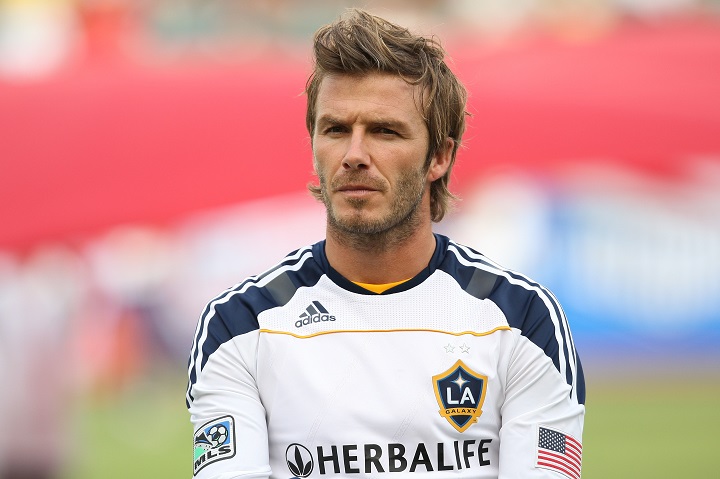 During his playing career, Beckham often had long hair, and while on the field, he had a headband to prevent it from getting in his way while playing. It was a style that looked good both on and off the field.

Beckham didn’t shy away from allowing his hair to grow long. He wore a lob which required an undercut to make it easier to carry around. It helps you to eliminate the unwanted weight created by all that hair.

You might have also seen Beckham with a cool bleached haircut. To make it work for you, you need to create a clean cut and add a stubble beard, which works well for David’s chiseled chin.

It is best to make your choice using your strengths, meaning that your pick needs to be made based on the type of hair and face.

Step 2 – Keep the sides and top on point

The hair on top should be kept longer, at least to mid-length. The sides need to be kept shorter and, in some cases, can even be faded.

Since Beckham gets most of his haircuts long at the top, you need to apply some product and use an appropriate comb to help it stay. You can’t allow the hair to grow too much on you.

So regular trips to a barber are going to be necessary. It will also require you to style your hair each morning after brushing your teeth.

What is Beckham’s haircut called?

Looking at it from a traditional point of view, Beckham often has hair called a quiff or a pompadour.

You are going to need a good dye brush and hair color. Avoid using bleach powder, as it might damage your hair, especially regarding how to bleach your beard.

You must grow the hair to an appropriate length and style it correctly. A mid-long top and shorter sides usually work if you style them appropriately.