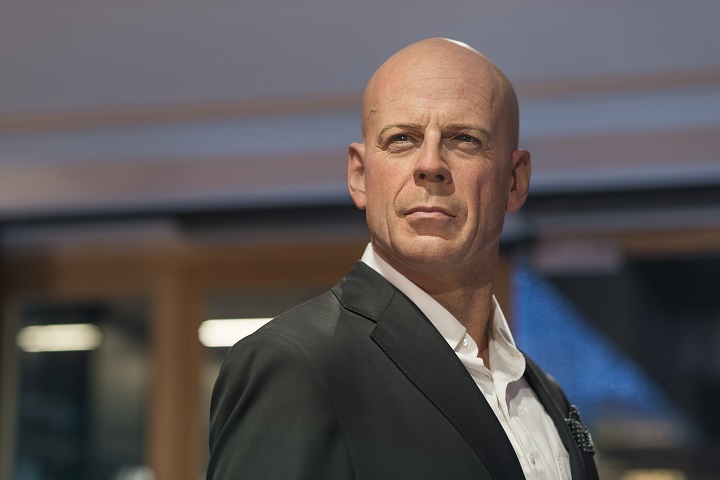 You don’t always have to have a nice set of hair to achieve stardom.

There are quite a few balding celebrities that don’t have luscious locks and are still very much popular.

Some of them used to have them, but age got the better of them and their.

Others choose to have this style and go with it.

Either way, each of them was able to magnificently use their baldness as an advantage and is rocking it even today.

If you are wondering how to look good bald, we might have an answer for you.

Being famous and bald is something that we do see a lot these days. Several balding celebrities have chosen or embraced the bald look and made it an advantage. Some of them have decided to go with hairstyles for balding guys and are still able to look good.

If you are wondering who these gentlemen are, we have a definitive list for you that you can check out:

Bruce Willis did have some nice hair, but nobody remembers. He started getting a nice widow’s peak as John McClane. After age caught up with him, Bruce decided to shave it all off, looking more badass than ever.

One of our favorite James Bonds, Sean Connery, is a bald celebrity that started losing his hair when he was young but made it work and soon became recognizable for his appearance and accent.

Dwayne “The Rock” Johnson can’t miss these days, especially not with his look. He has one of the most recognizable bold heads in the business, not just the body to go along with it.

Being bald also means being tough. Xander Cage, Riddick, and Dominic Toretto are all rigid because Vin Diesel added his signature look and toughness. And it is all thanks to that big bald head of his. 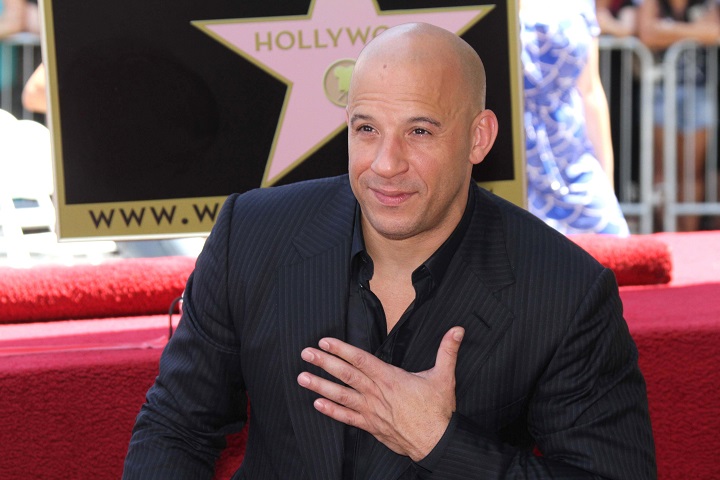 We honestly can’t remember when Mike Tyson went bald. We are also scared to ask him about the best balding clippers. The heavyweight champion of the world, Mike Tyson, rocks a stunning bald look graced with a unique face tattoo.

Honestly, has there ever been a time when Patrick Stewart had hair? It seems that all our lives, he has been rocking the bald look. Whether he is Captain Picard or Professor X, he is always going to the presence of stoicism in our hearts.

Woody Harrelson has only recently started to shave his head. Before that, he didn’t mind going with a receding hairline for quite a long time. He realized that things worked best for him when he embraced his Natural Born Killers at a late age.

Sir Charles is often touted as one of the greatest NBA players ever to win a title. He does have an MVP award, though and a great bald head for which he has been popular throughout his entire career.

Danny DeVito, now the start of It’s Always Sunny in Philadelphia, has something better described as a crow’s nest. And he has been carrying that thing for years now. He never allowed it to deter his career or get in the way.

Our favorite Danny DeVito role is the cameo in Friends, where he plays a male stripper.

One of the greatest actors we have today, John Malkovich, has always been able to transform into his role. He made each of them his own and worked his bald style into every one of them. He still gives us the creeps as Teddy KGB from the Rounders.

Moby contributes his bald style to his hectic schedule during the 90s. It was also at the peak of his career. The bald styling makes him recognizable and has undoubtedly not affected how you listen to his music.

If you’ve seen movies like London and Revolver, the ones where Jason Statham has hair, you will agree that he does look weird. Statham looks best when in all his bald glory in Crank or Transporter. He also makes things work with a Jason Statham beard as well, making him one of the bald actors who’re killing this look. 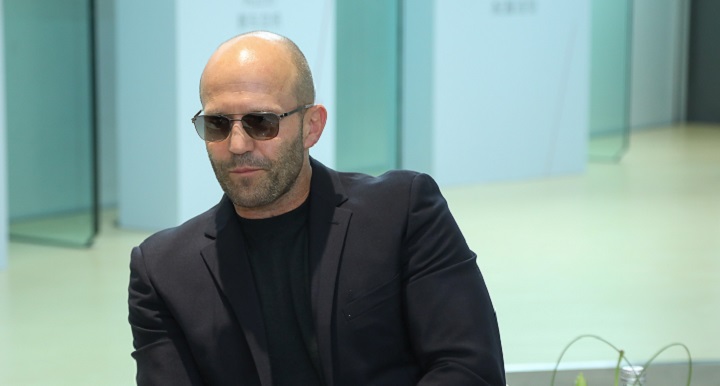 Ron Howard will always be remembered for producing some of the greatest movies ever. The Beautiful Mind, The da Vinci Code, and Mulholland Dr. would never be the movies they are today without Ron.

As the days went on, so did Howard’s hair, but the legacy behind him transcends any looks.

Phil McGraw, professionally known as Dr. Phil, has been bald since he was 12. At least, it’s what he says. No matter when his baldness started, he worked to an excellent career and is someone to ask about waxing bald heads.

If you need to ask somebody for some bald man tips and tricks, your go-to guy is Larry David. When asked how he can sit in a convertible without sunscreen in an episode of Curb Your Enthusiasm episode, he calmly answered – Toupees.

Dr. Kevin Moretti from the ER, or as most people know him, Stanley Tucci, tried to stave off male pattern baldness as long as he could during his 30s. In the end, he decided to shave it all off. He is somebody to consult if you want to know should I shave my head.

You might know him as George from Seinfeld, but Jason Alexander has confessed that he used to wear a headpiece to hide his bald spot for a long time. In the end, he embraced it and went with what he has today.

Most of us remember Michael Stipe from the R.E.M. video Losing My Religion. You can notice that this is the part where his hairline started receding. He confesses that his hair loss helped him show who he is today.

If you are a hardcore tennis fan, you probably remember two Andre Agassis. The young version used to have long hair and wore a band to help him play, and the older, much more experience version was without any hair. Both of them were hard to win a tennis match against.

If you watched a little film called The Gremlins and Gremlins 2: The New Batch, you probably heard Howie Mandel. He is the voice of Gizmo and the person who captured our hearts in those two movies.

He, too, has decided to shave his head entirely and stated that it is much more convenient than jumping through hoops to prevent it.

Can a bald man be attractive?

Yes, he most certainly can. The hair is not the only part that makes a person attractive; it is the body’s structure, the face and the way he carries himself.

Who is the most famous bald actor?

There are too many of them to pick only one. Some of the most famous are Bruce Willis and Jason Statham.

What do women think about bald men?

A lot of women find bald guys attractive. People that are bald and have a suitable head shape for it are considered very appealing to the opposite sex.