Dan Ariely’s Amazing Half-Beard: Here’s Why & How to Get It 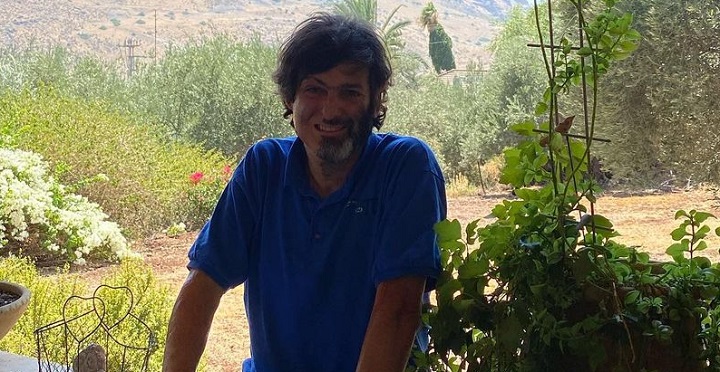 Dan Ariely is a professor and author of Israeli-American descent. His book Predictably Irrational became famous at the top of the New York Bestsellers list. He is also the author of The Honest Truth About Dishonesty and The Upside of Irrationality.

Ariely serves as a James B. Duke Professor professor at Duke University, which is an honor not given to many. He teaches psychology and behavioral economics and is the founder of the research Institute The Center for Advanced Hindsight.

Dan is also a very inspiring TED Speaker, as his talks have been viewed over 15 million times. His brave story of nearly being burnt alive and managing to rise from it stronger and more inspired than before has touched many.

It also caused him to sport a funky beard that defies all beard growth stages. Today we talk about his miraculous life and how he can wear his beard with pride.

When Dan Ariely was a teenager, he suffered a devastating accident that burned about 70% of his body. He was near a flare that went off and nearly killed him. It burned half of his face, causing burns that no amount of beard care products could fix anymore.

An accident that could have caused irreparable damage to someone else helped Dan prosper in this career. He spent the next three years going in and out of hospitals and going through surgeries that saved his life but rendered him with scars throughout his body and face, not allowing him to grow a thicker beard.

At the same time, he could not grow any type of beard, as he could not grow facial hair on the part of his face that was burned. During his stay in the hospital, Dan started noticing particular behaviors of nurses who changed his bandages.

His observation got him thinking about how people behave and eventually gave him the ideas he used to conduct his future work and write his books.

Due to his accident, Dan cannot have short beard styles, let alone a one-month beard. Because of the scarring on his face, he can only grow half a beard, which he does. It makes for a quirky but exciting beard style that makes him recognizable.

He does use beard oil and consumes foods to boost beard growth, but no amount of help can bring back the missing half of his beard. Nevertheless, the accident has never stopped him from achieving anything in his life, nor has it prevented him from caring for his beard, at least the half that he has left.

Why does Dan Ariely have half a beard?

Dan Ariely has only half of his beard because he was involved in an accident that burned half of his body and face when he was a teenager. He cannot grow facial hair on one part of his face due to scarring or sport beard styles without a mustache.

What type of beard does Dan Ariely have?

He only has half of a beard left. Since he can’t grow facial hair on one side of his face, he only grows the other part left intact and which he can nurture with beard vitamins.