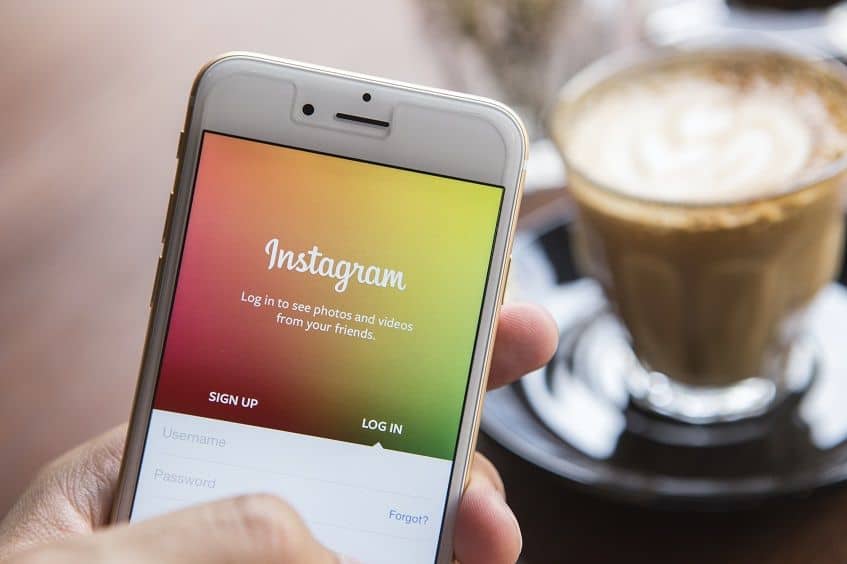 Instagram is a great place to find inspiration and be wowed by style and aesthetic. So, if you’ve been looking for some epic beard photos to grace your insta feed, check out the following accounts – you won’t regret it.

If you grew up in the 90s, you may remember the classic Nickelodeon TV show Hey Arnold! Well today, the voice actor who played the goofy football head character has grown from cartoon famous to Instagram famous with a full beard to compliment his new hipster vibe.

Toran’s Instagram has earned 175k followers and boasts a clean and modern aesthetic, featuring cool shots of his beard and a true sense of style.

His epic beard hasn’t just attracted thousands of fans however, it has also landed him modeling gigs, like an appearance alongside Kevin Spacey in an E*TRADE commercial. Toran now lives in North Carolina with his wife, actress and dancer Jaclyn Betham, where he spends his time working on his career and posting artsy photos of his cool facial hair.

Most people accidentally get food stuck in their beard, Mr. Incredibeard, however, shapes his beard into the aramen bowl on purpose. This man has completely redefined what it means to have a crazy beard, sculpting it into some of the wackiest, funniest, and most interesting shapes imaginable.

Since 2012, Isaiah Webb has been growing out his beard and styling it into unique shapes that have earned him a reputation as one of the most talented beard artists.

Some of his most epic designs include using his beard to spell out words, shaping it into an octopus and a bear head, and even turning it into a beard pipe (and yes, it actually works!).

Mr. Incrdibeard has grown out his locks to over 17 inches below his chin, giving him enough facial fuzz to create just about any design imaginable.

However, we have more than just Mr. Webb to thank for the insanely creative beard designs; in fact, while many women complain about facial scruff, it was Mr. Incredibeard’s wife, Angela, who sparked the inspiration for the funny beard designs.

Today the account has garnered over 150k followers, and his wife is the artist who styles many of the beards seen on Instagram. If you ever feel like you’re in a beard funk and need inspiration for new styles, looking through the incredibeard account is sure to get your creativity flowing.

From a simple life as a struggling British roofer to center frame in ASOS, Vagabond, and Adidas campaigns, Bill Huxley is redefining what it means to be a male model. His striking beard and epic tattoos are not exactly status quo in the mainstream modeling industry, but they seem to be making major waves, landing him some of the best modeling gigs.

His Instagram account includes a combination of beard selfies and professional shots, with the classic modern and smoldering aesthetic that compliments the high fashion life.

However, in an interview with HuffPost UK Lifestyle, he admits that is beard isn’t always as photogenic as it appears on insta, in fact, when asked about if food ever gets caught in his beard, Huxley reminisced about a time he showed up for a shoot with honey stuck in his facial hair.

A few funny looks on the metro seem like a small price to pay, however, as his beard has garnered him international attention and almost 400k followers on Instagram.

This creative little place on the internet is where best friends Brian and Johnathan post their stunning and unique matching beard designs. The pair loves decorating their beards with all sorts of fun materials, including flowers, glitter, ribbons, and more.

The dynamic duo is based out of Portland, Oregon, and in an interview, they mentioned that they aspire to be “stay at home beards” and bloggers, where they can continue to perfect their artistic craft.

Their Instagram account has gained over 250k followers, and though they are most known for their glitter beards, their festive designs, like their New Year vodka beards and Christmas tree ornament beards, are also some of the fan favorites.

The pair never fails to impress with their original creations that put a funny twist to classic styles, like their reimagined lumberjack beards. However, their beards aren’t just filled with eccentric personality, they are also exceptionally well groomed and the envy of many beard enthusiast. Follow @thegaybeards to see what quirky creations they come up with next.

Artez L. Irvin, A.K.A. Dr. Epic, is a highly talented photographer, model, and stylish beard owner. Irvin has established himself as an industry trendsetter, working with some of the biggest modern fashion and style authorities like Mercedes-Benz New York Fashion Week, Americas Next Top Model, KortoMomolu, and Bravo TV talent.

Surrounding himself by other creatives with an eye for aesthetic seems to have rubbed off on Irvin himself, inspiring his own unique sense of style, with his well-groomed beard being one of his signature features.

In fact, his beard is so photogenic, that his Instagram fans can’t help but rave about it when it makes an appearance in front of the camera lens rather than behind it.

In addition to artsy shots of Irvin and his beard, the photographer uses his Instagram as a collage of snapshots from his personal and professional life – and it doesn’t hurt that his life largely revolves around sharing sultry shots of beautiful models. Follow Dr. Epic to stay up to date on the latest beard styles and modern trends.

If you need to sum up Seth Andrew’s Instagram feed in three words, it would be beards, motorcycles, and tattoos. This motorcyclists, artist, and model, is the perfect picture of a tough guy with cool style. His all-over tattoos are part of his signature look, but nothing sets him apart from other biker accounts quite like his majestic white and black beard.

A full length and cleanly shaped, his beard perfectly complement his cool style while giving him a truly unique vibe. In addition to sculpting his beard and tatting his body, Andrew is also a talented OC/LA based artist. Join the other 75k followers, who are already raving about Andrew’s ultra-cool and unique beard.

Will It Beard puts different household objects to the test, seeing whether they can fit into a full beard with style. From food to craft supplies, rubber duckies, and even lit sparklers, there is nothing Pierce Thiot won’t try to fit in his beard.

The project started when Thiot attempted to stick as many pens in his beard as possible, reaching an impressive count of 20. From then on, the proud beard owner partnered with his photographer wife, Stacy Thiot, to see what else could fit in the scruff. The pair decided to turn the concept into a full-on art project, sharing their results online for beard enthusiasts and other fans.

The gallery started on Tumblr and migrated to Instagram, garnering an impressive following of over 100k. In fact, the account gained so much success, that there is even a Will It Beard game on iTunes. Follow @willitbeard to see what else Stacy and Pierce decide to put to the beard test next.

If you like traveling, luxury cars, and beards, then you need to follow Luke Ditella. This Brooklyn-based model lives a luxurious and non-traditional life with his soon-to-be-wife Melissa Dilger.

The two are considered the epithet of a ‘power couple’ as Luke is a brand ambassador, social influencer, and former surfer, while Melissa is an extremely talented photographer and creative director, who landed gigs with Sony and as Luke’s personal photographer. Luke’s beard was once famous for its burly length, but recently he has been rocking a shorter look that is still any beard lovers envy.

Luke has been endorsed by several brands and can often be seen repping Diesel, Michelin USA, and other major companies on Instagram. His account boasts over 128k followers and features beautifully curated photographs of his world travels, modeling shots, and of course, his stylish beard.

This blond haired, blond bearded tattoo model, and Ontario native, has mastered the tough guy aesthetic and the art of tending to a killer beard. His Instagram account has attracted over 840k fans, from men inspired by his cool style and sick tats, to women drooling over his sculpted bod. However, this tattoo, beard, and motorcycle enthusiast isn’t your typical biker model.

In fact, Inked Mag reported that he holds a master’s degree in Psychology and his day job is working in children’s welfare. His grungy Instagram account is one to keep your eye on if you are looking for hair, beard, style, and tattoos inspirations.

Boston local, Trig Perez, is a rising Instagram star that is worth having on your radar. If you look back at Trig’s earliest photos, you will see his hardcore look, featuring tattoos, motorcycles, and his steadfast epic beard.

And though the beard remains, many of Trig’s most recent photos swapped out his tough as nails demeanor for photos of his adorable family and newborn child. The clan is still known for their grungy style, but the recent family-oriented turn of Trig’s Instagram has followers everywhere commenting “goals”.

Trig’s instafeed is the perfect place to get everyday inspirations and see how this tatted biker manages to balance his cutting-edge lifestyle with singing and dancing for his newborn.

By following these 10 Instagram accounts, you are sure to get your fix of beard shots and inspirations.