Dylan O’Brien Beard Styles & How to Copy Them (Tips)

Early Life and Road to Fame

Dylan O’Brien is an American actor who appeared in many mainstream movies and television shows over the past few years. O’Brien was born into a family obsessed with acting and films. His father was a camera operator and his mother used to run an acting school.

In his senior year of high school, O’Brien dabbled in making YouTube videos just like many teenagers at the time. He also got featured in a few web series while taking his classes at his local community college.

This was when he first started to fall in love with acting. He originally wanted to become a cinematographer. However, his acting career suddenly took off when he landed his first acting gig in 2011 (Teen Wolf).

A couple of years later, O’Brien got the most significant break in his young career as the lead character in the Maze Runner trilogy of movies. The first Maze Runner movie was quite a blockbuster flick, earning more than $300 million worldwide.

This is O’Brien’s first acting job. His great charm and acting chops also put him in the crosshairs of Hollywood producers. He originally planned to become a cinematographer, but others quickly followed since he got his first role.

This prompted him to put his original plans on hold.

Maze Runner is a dystopian YA novel series that got a big-screen adaptation in 2014. This was his first blockbuster starring role, making him a household name. It also cemented his reputation as a Hollywood heartthrob. The movie grossed almost $350 million at the worldwide box office.

The streaming giant Netflix also tapped O’Brien to play the lead role in their original movie, Love and Monsters. This was quite a sleeper hit and immediately became a cult classic among movie buffs. This movie brought a new take on the dystopian film that came before it.

Full or a Classic Style

In 2016, O’Brien resurfaced after getting seriously injured on the third Maze Runner sequel movie set. Here, he sported a 2-month beard. He looked pretty mature for a 25-year-old (at the time).

Short stubble is the facial hair style that O’Brien usually sports these days. He has a strong jawline, so the short stubble helps to accentuate the shape of his face. This is an excellent alternative if you have uneven beard growth or a patchy beard. 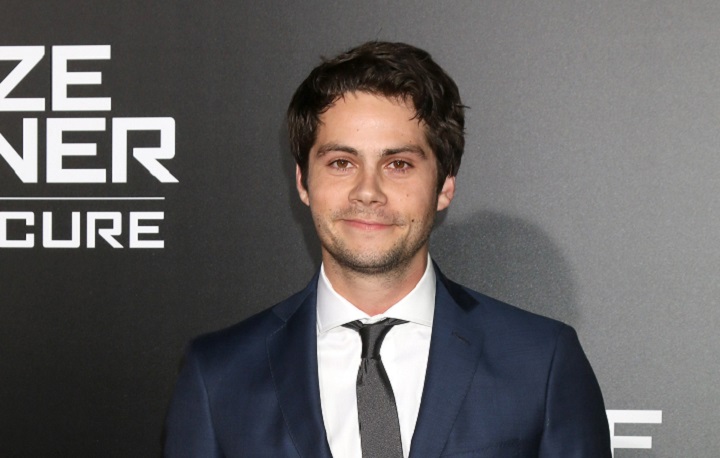 Much to the relief of most of his fans, O’Brien styled his scruffy beard. Surprisingly, he experimented with a Balbo beard, sometimes called a beardstache or an anchor beard, which looks like an inverted T for the goatee and a bit of a mustache.

The stubble on his jaw and cheeks helped highlight his facial hair, which looked great on him.

What style of Dylan O’Brien beard to choose if you have a square face?

A Balbo beard might be the right style for you if you have a square face. Or, better yet, you can go with a short stubble to accentuate your jawline. Tapered beard styles also work well because they will outline your jaw nicely.

What form of Dylan O’Brien beard to choose if you have a rectangular face or an elongated one?

Use a good quality pair of beard scissors and treat it daily with beard oil to make it look fuller and neat.